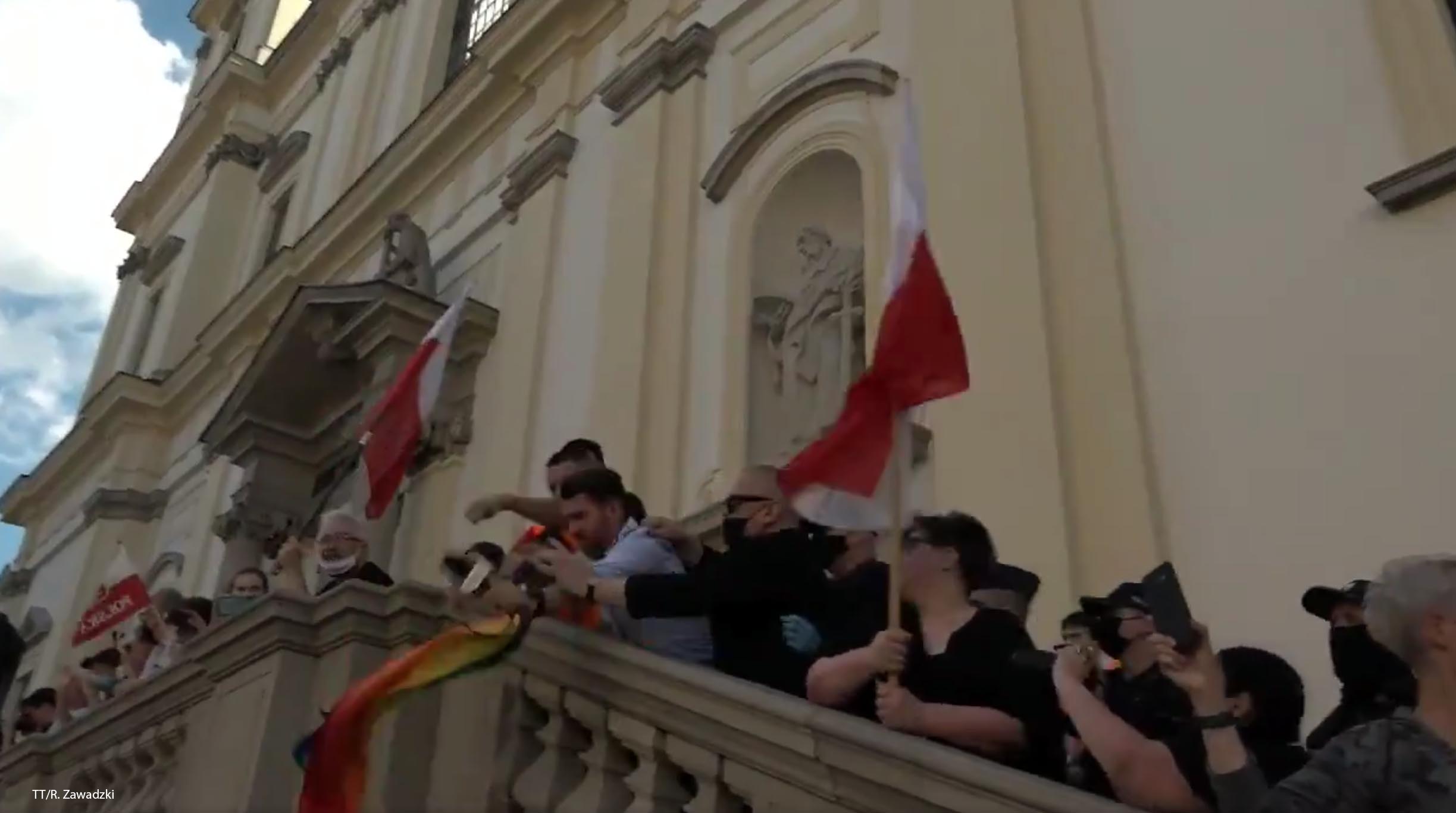 During the commemoration of the 76th anniversary of the 1944 Warsaw Uprising, several incidents took place

On Saturday, another provocation by LGBT activists took place in front of the Holy Cross Church in Warsaw’s center during the commemoration of the 76th anniversary of the 1944 Warsaw Uprising.

It was one of several incidents taking place in the city featuring LGBT protesters.

The police identified 46 people and issued special notices to 18 of them, which will require them to appear in court.

A journalist from Catholic TV station Trwam, Robert Zawadzki posted a video on Twitter from in front of the Holy Cross Church. In the clip, one can see how Zawadzki tears a rainbow flag away from an LGBT activist.

“SURSUM CORDA!” the journalist wrote in his post, the words in Latin meaning “Lift up your hearts”.

In the video, another journalist is commenting on the whole affair:

“Of course, yet another provocation. You want to show your views, so that you can, as far as I understand, profane once again. Oh look, physical violence is coming. Look, TV Trwam journalist Robert Zawadzki is approaching, well done! They took that rag down [referring to the LGBT rainbow flag]. What a brave journalist!”

A few days ago, LGBT activists had vandalized and profaned the statue of Jesus Christ in front of the Holy Cross Church, which was a widely condemned action in the country.

They put up a rainbow flag on the statue and stuck an Antifa mask. Several other statues in Warsaw were similarly vandalized.

Many commentators condemned the acts and Prime Minister Mateusz Morawiecki himself vowed that such actions will not be permitted in Poland.