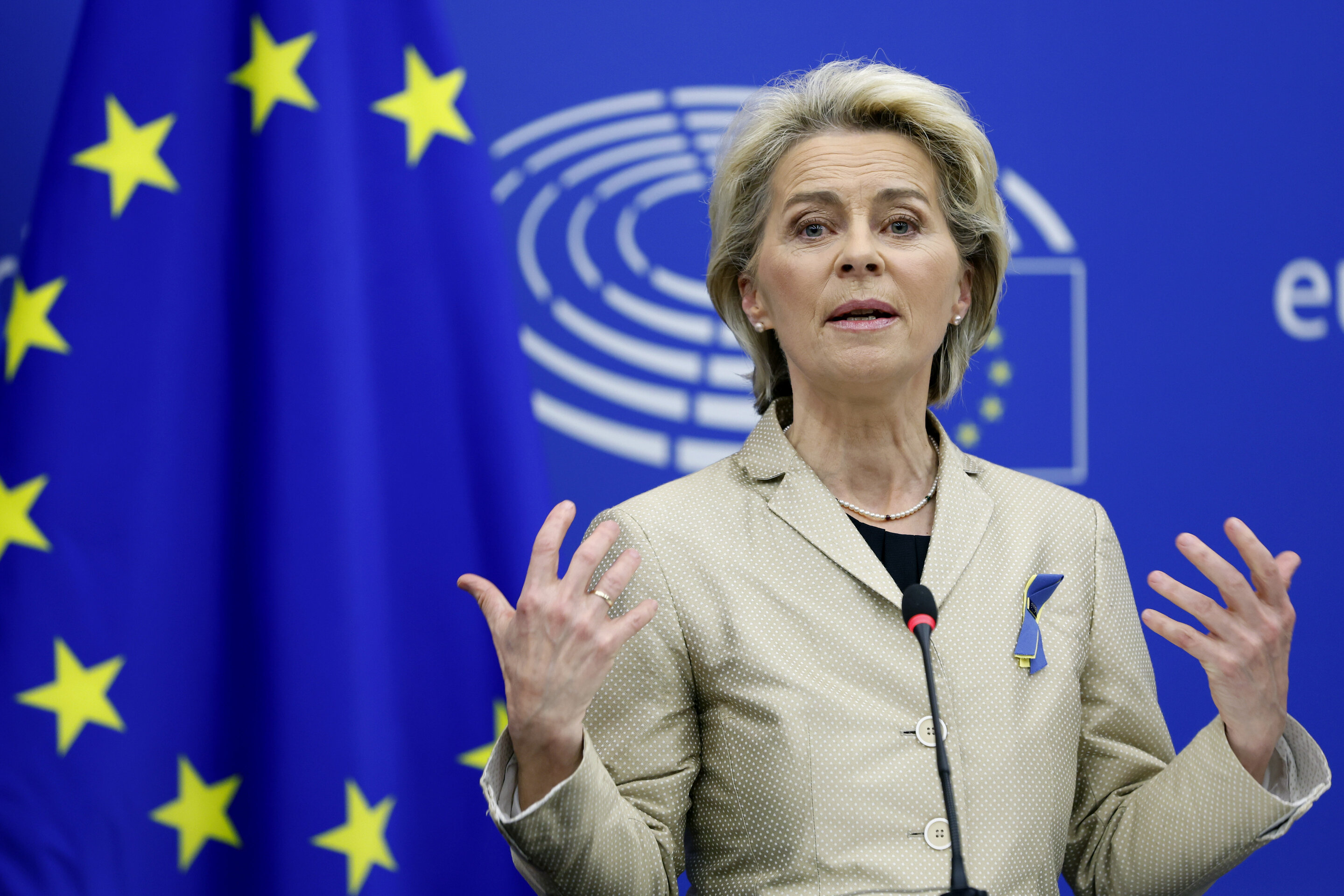 President of the European Commission, Ursula Von der Leyen, gestures as she delivers a speech during the Conference on the Future of Europe, in Strasbourg, eastern France, Monday, May 9, 2022. (AP Photo/Jean-Francois Badias)

The heads of European institutions promised on Monday to implement some of the citizens’ suggestions to have emerged from a year-long EU-wide debate, including the abolition of the need for unanimous decision-making by all 27 member states of specific issues, and the implementation of a new common EU defense and healthcare system.

President of the European Commission Ursula von der Leyen hinted that the radical reforms to the bloc could be achieved through treaty change.

French President Emmanuel Macron stated he supports revising the treaties and wants to talk about it with other EU leaders in June, however, several member states do not agree with the change because of fear of losing their influence on the decision-making of the European bloc.

Dozens of proposals that the citizens came up with during the Conference on the Future of Europe included, for example, abolishing the right of veto, strengthening the role of citizens, and changing the system of European elections.

“I have always argued that unanimity voting in some key areas no longer makes sense if we want to move faster,” claimed von der Leyen during Monday’s closing ceremony. Her commission had already recently begun to address majority decision-making in foreign policy.

Von der Leyen added that if there was a need to change the treaties to accept some of the citizens’ proposals, she would support it. The president of the European Commission intends to present specific suggestions arising from the conference in September.

Macron, who came up with the idea to hold a great debate among the citizens, also supports a treaty change. The French president proposed to include a discussion on this topic during the June meeting of the European Council in Brussels.

All countries must decide uniformly on the founding EU rules adjustment, and many of them are obliged to hold referendums on key issues. While France and Germany have been open to them for a long time, some governments have made it clear that when the union is facing the effects of the Russian invasion of Ukraine after the pandemic crisis, changes to the treaties are not on the agenda.

According to the Brussels-based Politico news outlet, at least a dozen countries are preparing to publish a joint open letter opposing “reckless and hasty” efforts to change the treaties. The signatories of the skeptical call for amendments to the treaties include nations such as the Czech Republic, Slovenia, Bulgaria, and the Scandinavian and Baltic countries.

In addition to changes to the functioning of the EU institutions, the conference participants want, for example, more activity of the European Union in the fight against climate change, a more social economy, and equal opportunities for all sections of the population. The European Parliament has already promised to try to put its initiatives into practice. However, the representatives of the countries talk more about the analysis and discussion of the conference results.