Polish PM Mateusz Morawiecki is no longer “playing nice” with the European Commission after he promised retaliation if the commission blocked or restricted access to EU funding for Poland, Kamil Kwiatek writes for wPolityce.pl 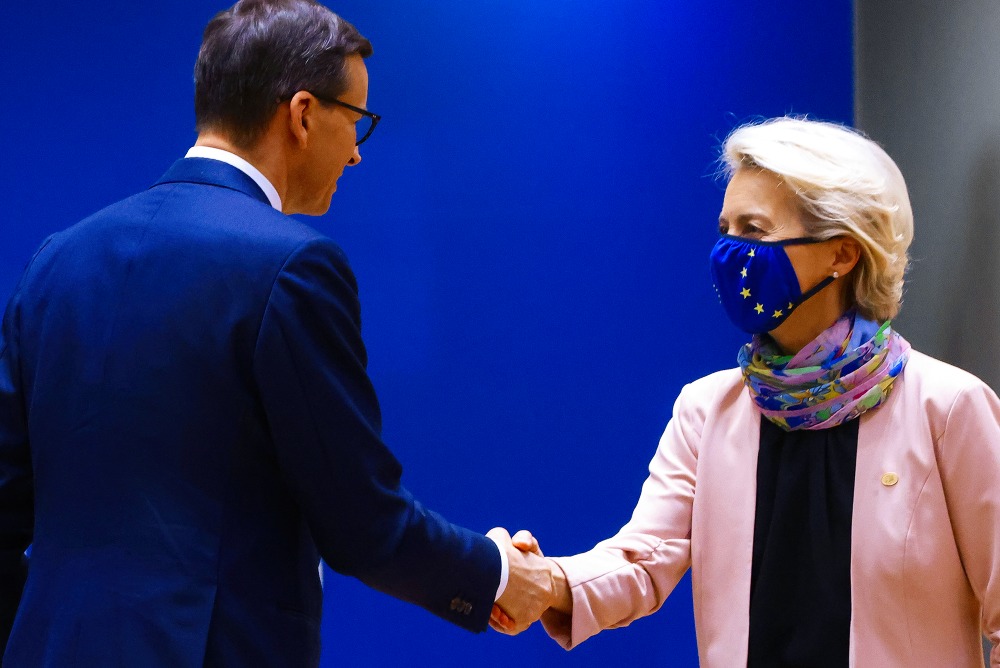 Prime Minister Mateusz Morawiecki’s interview for the Financial Times was not accidental, and the strong words which he used whie speaking with the paper were also no accident. Morawiecki has accused the EU of making demands of Warsaw with a “gun to our head” and warned that if the European Commission “starts the third world war” by withholding promised cash to Warsaw, he would “defend our rights with any weapons which are at our disposal.”

These words were meant to be heard. They are meant to echo through the corridors of Brussels for weeks to come.

When the opposition read what the prime minister said for the Financial Times on Monday morning, it ritually jumped down his throat. Nothing new. Nevertheless, it is worth rejecting party propaganda for the moment and to see the true meaning behind the interview.

Professor Andrzej Zybertowicz was right when he emphasized that one should know the entire context behind the interview. Despite appearances, this context is quite clear.

Last week a “debate” was held in the European Parliament during which Morawiecki calmly and in a detailed manner presented the position of the Polish government concerning the Constitutional Tribunal verdict. Whoever listened to his speech and wanted to understand it did so. The prime minister had not indulged in verbal clashes with either Polish MEPs or the representatives of other countries, or even the impudent Manfred Weber and Guy Verhofstadt.

Following the debate there had been many voices which questioned the point of Morawiecki’s speech, which he himself had strived for. At a first glance, it may have seemed that there was not the slightest point to the whole affair since Morawiecki had not received any sensible polemical voice.

Yet, the prime minister had been speaking to the European public opinion in which there is a large degree for understanding for the Constitutional Tribunal’s verdict. One needs only to look at France where the verdict became part of the debate in the ongoing election campaign. Even in Germany, voices supporting the ruling have been appearing.

Meanwhile, Morawiecki had presented the Polish point of view in entirely different conditions during the European Council summit.

Please note that until this point Morawiecki had been “playing nice.” During both the debate in the European Parliament and at the press conference following the EU summit, the prime minister had announced the removal of the Supreme Court Disciplinary Chamber. This was not the first such announcement from the side of the Polish government.

This is the background of Morawiecki’s interview for the Financial Times, in which he clearly pointed to the line behind which the government would not retreat. He also warned Brussels that if it tries to cheat the government and would not unblock the National Recovery Plan after the Disciplinary Chamber’s abolition or would try to restrict it, then Poland would not hesitate to block, for example, the EU climate package.

Yes, this would truly be a “Third World War” — a political one, of course.