Czechia is ready to send its experts to the Baltics to help with migration from Belarus, notes Hamáček 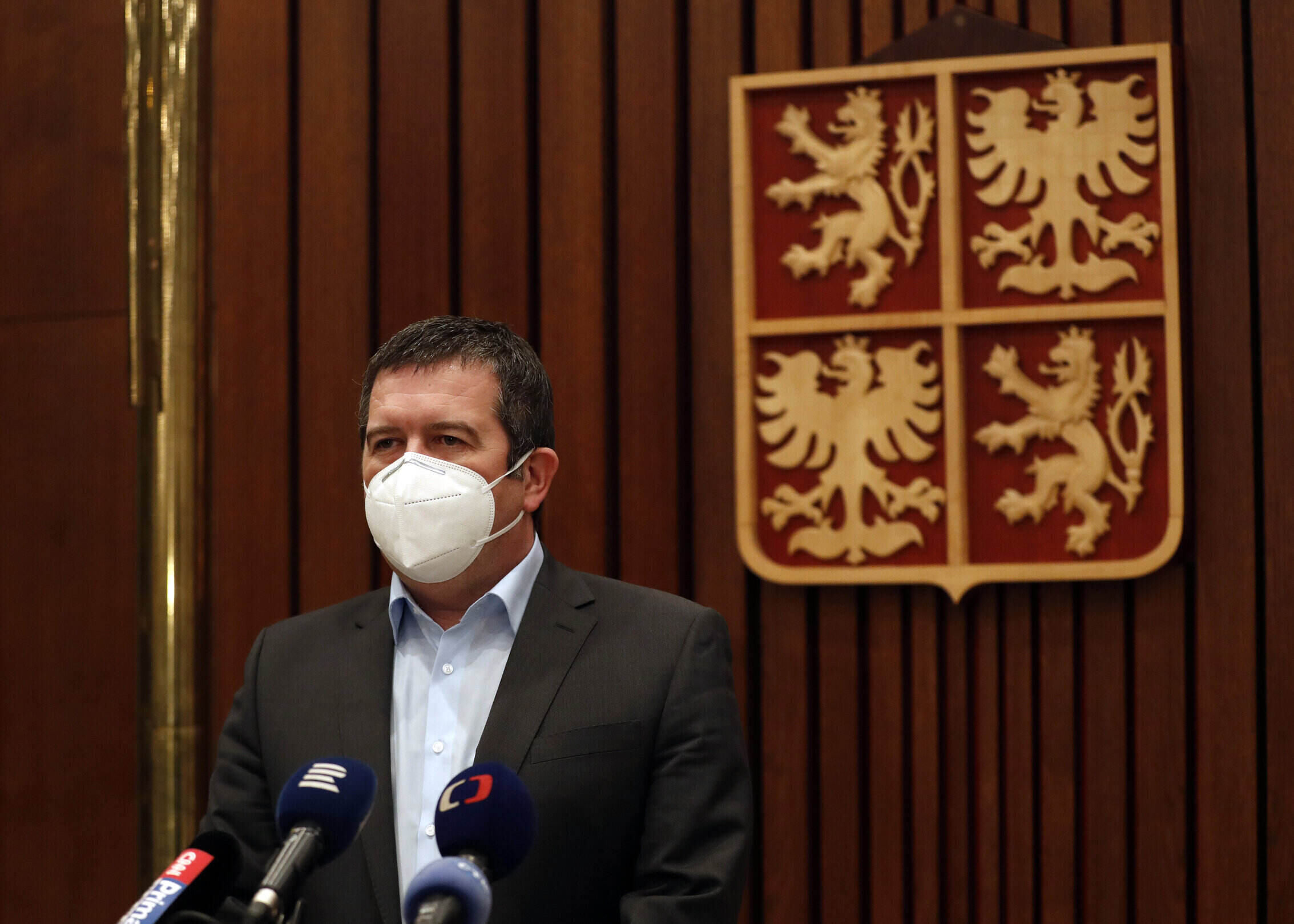 Czech Republic's Foreign Minister Jan Hamacek addresses media after Czech diplomats and their families arrive at the Vaclav Havel airport in Prague, Czech Republic, Monday, April 19, 2021. Russia has ordered 20 Czech diplomats to leave the country within a day in response to Prague's expulsion of 18 Russian diplomats. The Czech government has alleged the Russian Embassy staffers were spies for a military intelligence agency that was involved in a fatal ammunition depot explosion in 2014. (AP Photo/Petr David Josek)

Using migration as a tool of pressure on the European Union is unacceptable for the Czech Republic. The Czech Minister of the Interior, Jan Hamáček, said this on Thursday during a special meeting of the EU Ministers of the Interior. The video conference was originally convened due to the migration crisis on Belarus’ borders with EU member states.

However, ministers also addressed the security situation in Afghanistan after the radical Taliban movement took control of the country. According to Hamáček, it is necessary to prevent the migration crisis at the EU’s external borders and help countries neighboring Afghanistan. Austria’s Interior Minister Karl Nehammer then called for creating deportation centers in these countries for Afghans deported from Europe.

In Lithuania, Latvia, and Poland, the number of migrants arriving illegally from Belarus has increased dramatically after the government of President Alexander Lukashenko began systematically sending these people to the borders.

“For the Czech Republic, using migration as a tool of pressure on the European Union or its individual member states is unacceptable. We are aware of the gravity of the migration situation. We are still ready to help Lithuania and other affected countries,” said Hamáček.

The minister noted that Czechia sent material aid to the Baltics at the end of July and that the next week, the government will approve half a million euros in financial aid for border protection.

“We are also ready to send our experts within the Frontex and EASO (European Asylum Support Office) European agencies,” added Hamáček.

Lithuanian Interior Minister Agné Bilotaité then called for stricter migration rules so that individual countries and the EU can defend their security.

When talking about the situation in Afghanistan, Hamáček emphasized that all the tools and financial resources available to the EU need to be used to prevent a migration crisis at the external borders.

“Our help must go primarily to the countries neighboring Afghanistan and other transit states. These countries are key partners for us,” he emphasized.

His Austrian counterpart Karl Nehammer stressed that the EU’s goal should be to keep the majority of Afghan refugees in the region. Failure to do so would be “very dangerous” for Europe, the politician warned. Nehammer also said he would urge the EU to set up so-called deportation centers in Afghanistan’s neighboring countries for expelled Afghans. The Austrian interior minister then also agreed that financial and other support should be provided to countries accepting migrants from Afghanistan.

At the same time, Nehammer confirmed that Austria would continue to deport unsuccessful Afghan asylum seekers or convicted persons. Many other European countries have suspended deportations due to developments in Afghanistan.

“It is important that it would still be possible to deport asylum seekers or violent refugees. We need these deportation centers,” Nehammer said, adding that there are already 44,000 Afghans living in Austria.