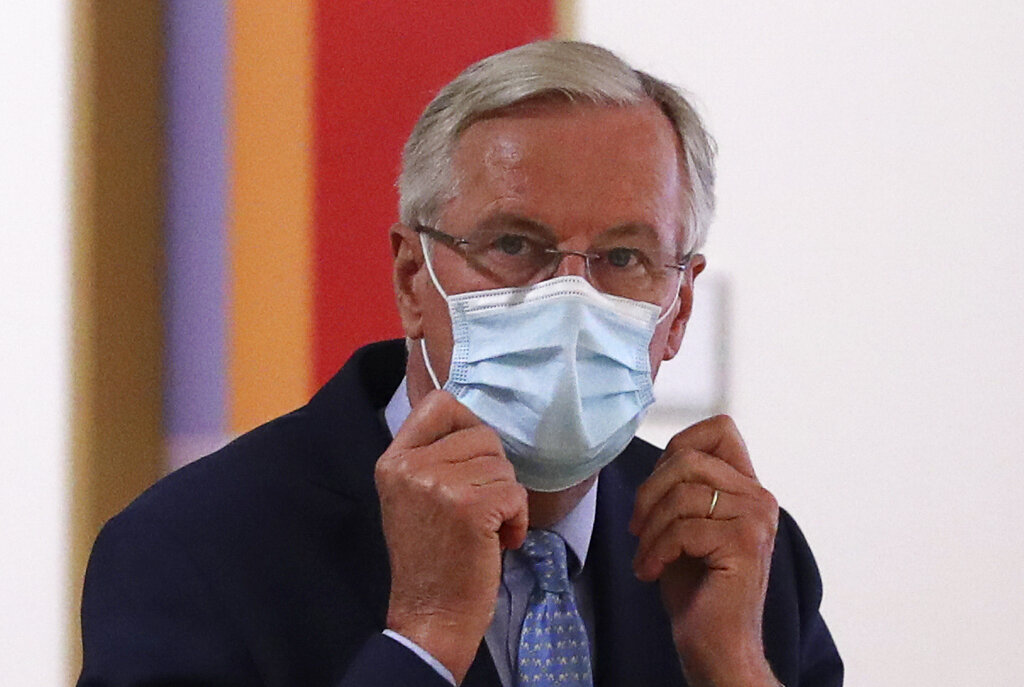 European Commission's Head of Task Force for Relations with the United Kingdom Michel Barnier puts on his protective face mask prior to meeting with European Council President Charles Michel at the EU Council building in Brussels, Friday, Sept. 18, 2020. (Yves Herman, Pool via AP)

France has lost control of immigration and a sense of impunity prevails in the country, French presidential candidate Michel Barnier, former European Union chief negotiator for Brexit, said in an interview.

The French politician, one of five politicians of the center-right Republican (LP) party seeking to be presidential candidates in the 2022 elections, lamented in an interview with British news agency Reuters on Tuesday night that France had “fallen sharply.” He believed that the leadership style of President Emmanuel Macron was too arrogant and had a single goal in mind, which led to stark divisions in French society.

“Immigration has slipped out of our hands,” the politician said.

“There is no guarantee for safety any more. There is a feeling of impunity and insecurity across the country,” he added.

According to Barnier, a moratorium on immigration should be imposed until clear European and French migration rules are enacted. Politicians want to patrol some settlements where police have lost control and are calling for a referendum to reintroduce compulsory military service.

The moderate, center-right politician has rejected the notion that he wants to recapture conservative voters from the right-wing camps of Marine Le Pen and Eric Zemmour.

“I’m dealing with the country’s problems,” he said.

Macron’s government has denied allegations of losing control of the number of foreigners arriving in France. However, according to the official statistical office INSEE, the number of immigrants has been increasing significantly since the early 2000s.

The party’s presidential candidate aspirants have said they will support anyone who wins next week’s pre-election. The number of registered voters of the party has doubled in recent weeks to close to 150,000.