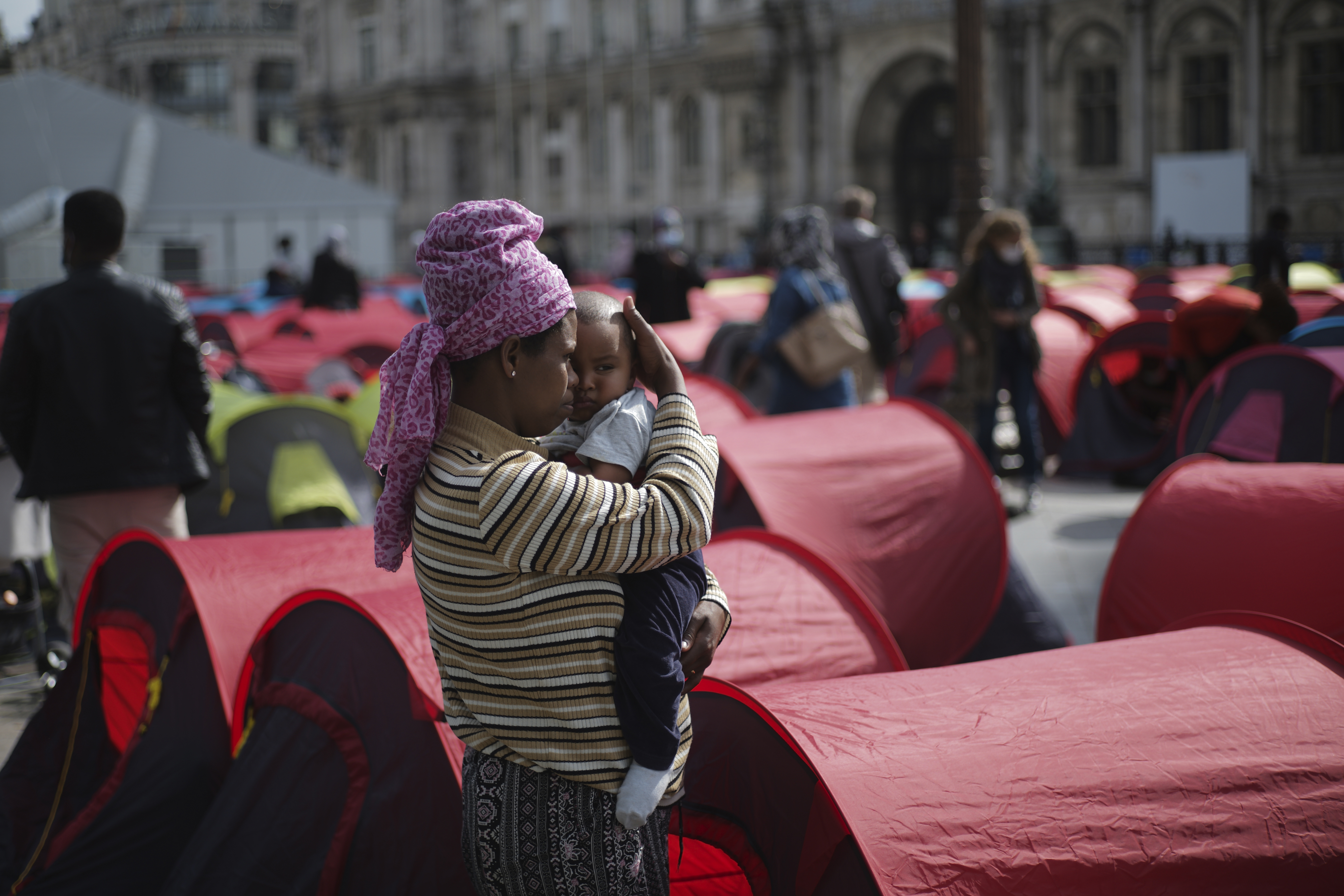 A woman migrant holds her baby in a makeshift camp set up outside the Paris town hall, Friday, June 25, 2021. More than 300 migrants set up some 200 tents outside the town hall to draw attention to their living conditions and to demand accommodation. (AP Photo/Lewis Joly)

Maps published by France Stratégie, an official counseling body working for the French prime minister, reveal a shocking picture of France’s shifting urban population. Those maps, which are based on demographic data from the National Institute of Statistics and Economic Studies (INSEE), help show how the proportion of residents with an immigration background has been growing over the past decades in 55 “urban units” with over 100,000 inhabitants.

Inhabitant origin is just one of several focuses of France Stratégie, but this category in particular has drawn the attention of the Observatoire de l’immigration et de la démographie (Immigration & Demographics Observatory), a website informing the public about immigration issues. An article published on Aug. 25 gives a detailed analysis of how the proportion of inhabitants of non-European origin aged 0-18 has risen in the Paris metropolitan area, as well as in two provincial cities which used to have a very small proportion of immigrants: Limoges and Rennes.

Ethnic statistics are not allowed to be collected in France, but INSEE can publish statistics about people who were born abroad (by country) and their children (1st and 2nd generation immigrants). This is why the maps published by France Stratégie do not give the full picture, as they do not take into account people who are not ethnic Europeans but who belong to the third or subsequent generation of immigrants. In addition, many illegal immigrants are not taken into account, either. In the Paris metropolitan area alone, those illegal immigrants with no official status are estimated to number in the hundreds of thousands.

In 2018, nearly one-third of children born in France (31.4 percent) had at least one parent born abroad.

Although fertility rates tend to go down among subsequent generations of immigrants, the higher birthrate of immigrants of non-European origin does have a major impact on France’s accelerating demographic change.

So, even taking into account only 1st and 2nd generation immigrants of non-European origin in the 0-18 age group, the French Immigration & Demographics Observatory notes the following:

“Immigrant children or those born to non-European immigrant parents are a majority among 0-18-year-olds in more than half of the municipalities of Seine-Saint-Denis in 2017; this proportion is particularly marked in sensitive neighborhoods – up to 84 percent in Clichy-sous-Bois.

“This phenomenon is not limited to the Île-de-France region [the region comprising Paris, ed.]: 51 percent of children aged 0-18 are children of non-European immigrants in certain neighborhoods of Rennes, 61 percent in Limoges. The results observed are the consequence of very marked changes: in the city of Panazol (the most populous in the urban unit after Limoges), the children of non-European immigrants represented 1 percent of the 0-18 age group in the municipality in 1990; they now represent 15% in 2017 — a fifteenfold increase in this age category. The increase in the proportion of children of immigrant origin is, however, very unevenly distributed in the urban units analyzed, which reflects the formation of ‘archipelagos’.”

As can be seen on the maps published by France Stratégie, which also give an average share of children with a non-European background for cities over 100,000 inhabitants, the average proportion in Paris itself (without the suburban cities surrounding the French capital) was 37.4 percent of children born to parents of non-European origin in 2017 (counting only 1st and 2nd generation immigrants, as explained above). That proportion was 22.4 percent in 1990, 27 percent in 1999, and 34.4 percent in 2010.

Although ethnic statistics are not allowed in France, there are some other indicators, apart from the INSEE data concerning people born abroad and those who have one or two parents born abroad. For example, INSEE publishes the number of times various names were given to the newborn each year. From such data, we know that the percentage of babies given unequivocally Arabic-Muslim first names reached 18 percent in 2016 and 21.6 percent in 2018. That proportion was at around 1 percent in the 1970s.

Another indicator used by those who want to know more about the demographic changes occurring is provided by tests for sickle cell disease conducted by hospitals in continental France. Such tests are carried out on babies when both parents come from regions of the world having a population susceptible to this kind of genetic disorder, namely from Africa and the Middle East, but also from the French Caribbean, which makes the measure of those coming from a migrant background partly inaccurate. It does not tell us whether a baby’s parents were born in France or abroad, but it gives an indication of their extra-European ethnicity. Almost 40 percent of newborns were tested for sickle cell disease by hospitals in continental France in 2016, up from 20 percent in 2001 and 31.5 percent in 2010.

Because of the use of those data to show that population change is accelerating, the French government decided that, starting from 2018, information about such tests conducted in French hospitals would no longer be collected and that all newborns would henceforth be tested for sickle cell disease.

According to Wikipedia, whose leftist liberal bias is no secret, “The Great Replacement (French: Grand Remplacement), also known as the replacement theory, is a white nationalist conspiracy theory which states that, with the complicity or cooperation of ‘replacist’ elites, the white French population—as well as white European populations at large—is being demographically and culturally replaced with non-European peoples.”

The case for encouraging mass immigration — both legal and illegal — was made in front of the British House of Lords Migration Committee in 2012 by Irishman Peter Sutherland, the then-UN Special Representative for International Migration and chairman of Goldman Sachs, who had earlier been European Commissioner for Competition and Director-General of the World Trade Organization.

According to Sutherland, migration was not only a “crucial dynamic for economic growth” for EU nations “however difficult it may be to explain this to the citizens of those states,” but also the only sensible answer to an aging and declining native population, which was the “key argument and, I hesitate to use the word because people have attacked it, for the development of multicultural states.”

Another of Sutherland’s arguments for mass immigration was that from a European integration perspective, the EU “should do its best to undermine” the “homogeneity” of its member states. “States have to become more open states, in terms of the people who inhabit them, just as the United Kingdom has demonstrated,” Sutherland argued, saying that there was a “shift from states selecting migrants to migrants selecting states”, and that mass immigration was crucial to the EU’s ability to compete at a global level.

The process Sutherland called for is progressing quickly in France, the only major EU country where illegal immigration has kept going up in numbers every single year (apart from 2020, because of the Covid pandemic) since the great immigration crisis of 2015.

That process began a lot earlier, in the 1970s, but rapidly accelerated during the last decade under the presidencies of Socialist François Hollande and then Emmanuel Macron, Hollande’s former special councilor and former minister of the economy. The number of new immigrants registered each year in France, which stood at some 200,000 under Nicolas Sarkozy’s presidency, in the years 2007–2012, has been beating new records each year (except for 2020) under the auspices of Emmanuel Macron, reaching some 469,000 in the year 2019, before the Covid pandemic.

These numbers include illegal immigrants who file for asylum in France — there were 132,826 such requests in 2019, a historic record — not because they are genuine refugees, but in order to be allowed to stay. When their asylum request is rejected, the data shows that most are allowed to stay anyway. There were 124,000 deportation orders issued in 2019, but only 12.2 percent of those orders were executed.

This is how Emmanuel Macron is changing the face of France, doing just what globalist Peter Sutherland advocated. And the maps published by France Stratégies show how much Sutherland’s vision is already becoming a reality and has probably passed the point of no return. So, when the French tell you they want to distribute newly arrived illegal immigrants among EU member countries, it is probably because they would like your country to go down the same path to a multicultural, anti-nation-state, big-business-oriented Europe regardless of the opinion or desire of the French or other European citizens who have called the continent their home for generations. 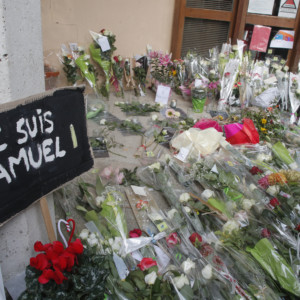 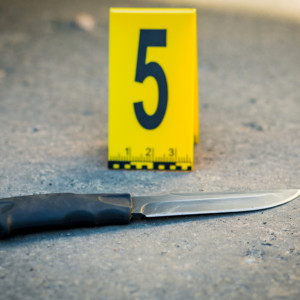