Excessive urbanization and endless building is not the answer. Instead, France should reduce immigration to zero, says French presidential candidate Éric Zemmour.

Social benefits should be limited to French nationals and immigration should be brought to zero, presidential candidate Éric Zemmour said on Wednesday on the RTL France television channel’s election program.

“National solidarity must again become national,” Zemmour said. “It must be what it was before the 1990s: the RSA, family allowances, minimum old-age pensions, and housing subsidies must be limited to the French and no longer available to foreigners.”

The RSA is a benefit introduced in 2009, aimed at helping the jobless find new employment.

According to polling, most French believe that immigrants are a major burden to France’s social system and most want a halt to immigration to France.

Critics have often pointed out that Europe’s generous welfare system has been highly burdened by mass immigration, especially since many immigrant populations fail to integrate and remain jobless while drawing on social benefits. Countries such as Germany, for example, have allocated tens of billions of euros towards housing, integration, housing, and other benefits.

Asked about France’s housing problems, Zemmour said the main solution should not be to build more in order to accommodate migrants.

“We have a problem of excessive urbanization — people today flee the big cities. Building endlessly is not the silver miracle solution,” Zemmour said. “Besides, I consider that the increase in population mainly comes from immigration. Let’s reduce immigration to zero.”

He said that if elected president, his goal would be to eliminate immigration.

Pécresse is the candidate for president for the rival Republicans party, widely seen as one of Zemmour’s top conservative competitors.

“Me, I want to attack legal immigration: stop the right to family reunification, stop the right to asylum, limiting it to a few dozen or a few hundred persons (and) I also want to drastically reduce the number of foreign students.” 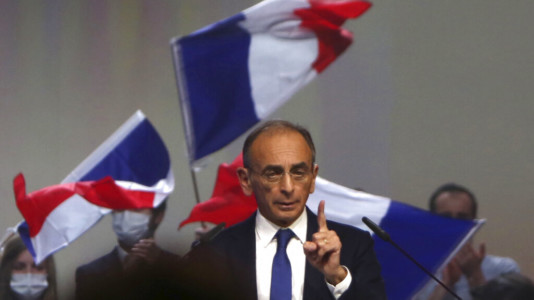