Macron appears to support at least some elements of the strict migration stance championed by Hungary, Czechia, Slovakia, and Poland 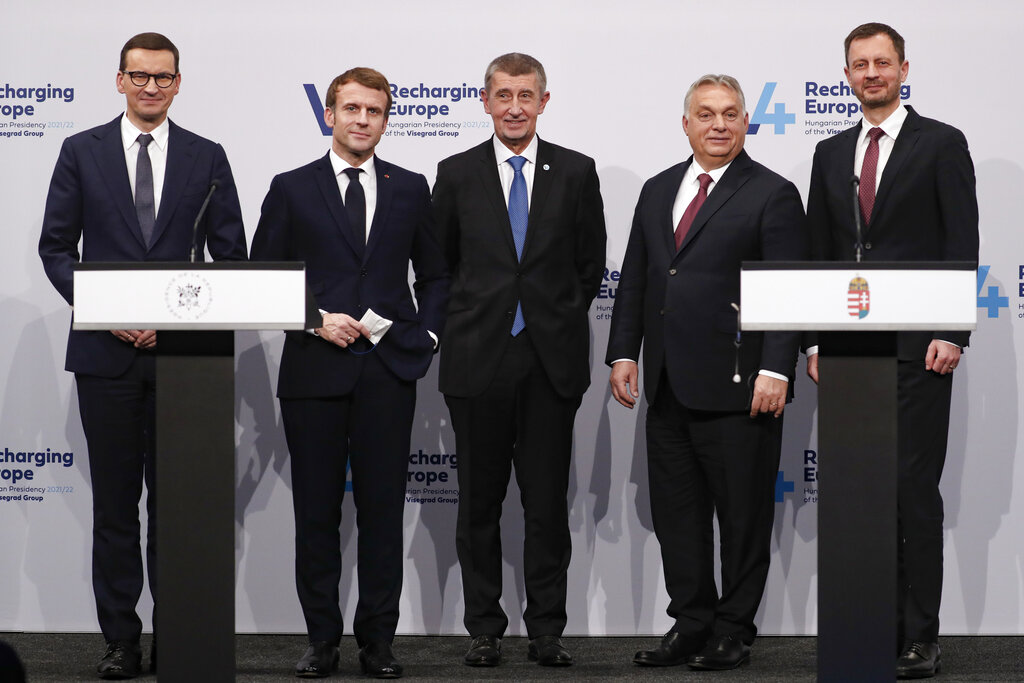 Ahead of France assuming the revolving presidency of the European Union, French President Emmanuel Macron met the heads of government of the Visegrád Group, represented by Czechia, Hungary, Poland and Slovakia, which amounted to the first visit of a French president to Budapest in 14 years.

After the meeting, Hungarian Prime Minister Viktor Orbán said that there are debates with Macron, but there was nothing wrong with that. The aim was to have quality discussions and to show the French president respect. He also stressed that he did not want to make any comments on French politics.

According to Macron, a profound reform of the Schengen area is needed, as well as protection of the European Union’s external borders, restrictions on secondary migration, and a review of deportation rules. The French president said the rule of law was a “sensitive issue,” in which he listened to the views of the V4 leaders and informed them of the French opinion.

He assured his partners that France would be well-versed in resolving various political issues in the coming months. Responding to a question, Macron also mentioned that he had met several opposition figures in Budapest, but stressed that he would not interfere in the internal affairs of other countries, would not campaign beyond the borders of France, and would not form an opinion on the Hungarian elections. Hungary will hold general elections next spring.

The Visegrád Four have a strong voice in Europe, stressed Czech Prime Minister Andrej Babiš. He noted that in 2015, Orbán was the first to defend the Schengen border, the Visegrád Four nations were attacked due to their strict migration policy, but now fences are being built all over Europe.

In connection with Orbán’s question, he reminded that in 2015 Hungary also defended Europe, it was time for the EU to finally show solidarity,

“it would be time to settle the issue fairly” and Hungary would receive at least half of the cost of border protection, said Orbán.

Polish Prime Minister Mateusz Morawiecki spoke out against the double standard, saying that the Union is made up of 27 sovereign, equal members, some of whom cannot be discriminated against because of their size or their geographical location.

Answering a question, Orbán said that Hungary was a victim of political blackmail in connection with the withholding of EU recovery funds. As he said, Brussels expects an amendment to the Family Protection and Education Act, although it has nothing to do with the recovery fund. Macron stressed the dialogue on the contentious issues, saying he was optimistic that progress was possible in the coming months.