The EU is not prepared for open, democratic debates, says Hungarian foreign minister

The lack of open debates in the EU is worsened by double standards, Szijjártó said at a forum in Poland 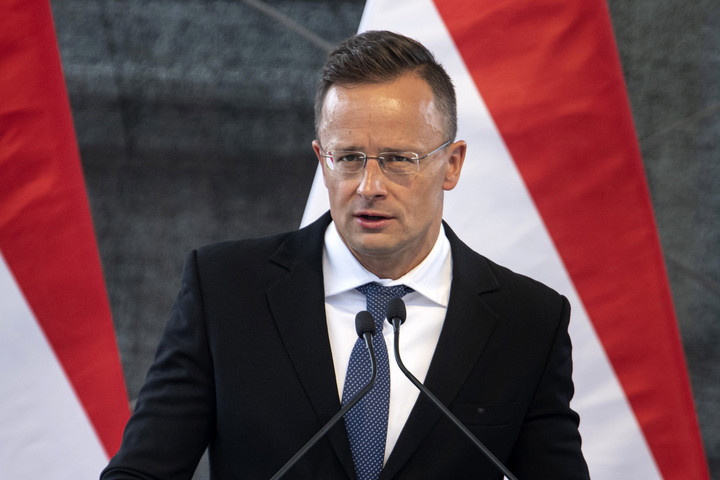 There is no opportunity for real, mutually respectful, democratic debates in the European Union, as the ever-evident double standard applied to conservative nations remains an enormous challenge, Minister of Foreign Affairs and Trade Péter Szijjártó said at the Karpacz Economic Forum in Southern Poland on Tuesday.

It is important to have an honest debate on overcoming the challenges facing the continent, yet those who disagree with the mainstream are labeled “anti-European,” Szijjártó said at a “Europe of the Carpathians” panel discussion.

Hungary has accused the EU of double-standards on a range of issues, including rule of law, handling of the coronavirus pandemic, and migration. Politicians outside of Hungary have also echoed Hungary’s position regarding double-standards in the EU’s approach to the conservative country.

Szijjártó added that Hungary is interested in a strong European Union based on strong member states capable of preserving their heritage, national identity, and culture, and completely rejects the “extremist” federalist position aimed at creating a kind of European United States. Hungary does not want to hand over additional powers to Brussels.

Regarding EU competitiveness, Szijjártó stated that member states should not be deprived of the right to decide on their own tax policy and that internal competition is also needed. He also said blocking the expansion of the community would reduce competitiveness, especially after the UK’s exit and the failure of negotiations on an EU-Switzerland framework agreement.

According to Szijjártó, Serbia should be admitted to the EU immediately, which would be a huge stabilizing factor for the whole of the Western Balkans. Moreover, as he said, it is also important to see that “there is no vacuum in politics” if the bloc does not act; otherwise, other powers will extend their influence to the region.

Szijjártó said the Visegrad cooperation was the soul of Hungarian foreign policy, underscoring that the four countries have achieved results on many important European matters which they would not have had a chance to achieve on their own. He emphasized that “if we were not committed to our cause, migrants in the EU would be distributed under mandatory resettlement quotas today, but we have not succumbed to the astonishing pressure from outside — we have stood by our position all along”.

Szijjártó concluded by saying that Germany has 70 percent more trade turnover with the Visegrad Four than France. In this connection, he emphasized that Central Europe is a strong contributor to the success of the German economy and, thanks to sound economic and security policies, has become one of the most competitive regions in the world.