The official spokesperson for Spain’s populist Vox party used his latest speech in the European Parliament to hit out at Wednesday’s judgment by the top EU court which effectively gave the European Commission the power to lawfully withhold funds due to member states it deems in violation of the bloc’s fundamental rule-of-law principles.

Speaking in Brussels, Spanish MEP Jorge Buxadé slammed the mechanism invented by the Commission to freeze payment of European funds, and accused the European Court of Justice of “ideological bias” in its rejection of Poland and Hungary’s conservative government’s objections.

Buxadé referenced a number of domestic legislative proposals implemented in Hungary and Poland that the Commission had deemed controversial and in violation of the bloc’s rule-of-law principle, and asked exactly how such measures could be construed as ‘un-European’.

“Can any of you tell me which principles of the rule of law are violated in Hungary or Poland, and not in Spain, Germany or France?” Buxadé asked the chamber.

“Some guys living in Luxembourg and earning €20,000 per month have decided that they can coerce sovereign governments and parliaments to impose a perverse ideology on them,” Buxadé scathed.

“If you want to eat, vote what we decide!” the Vox spokesperson cried as he mocked the ECJ justices and asked: “Why go beyond Europe’s borders to look for foreign interference?”

Buxadé accused the EU institutions of hypocrisy, claiming that the fact that “judicial independence or fundamental rights are only raised regarding Hungary and Poland, highlights the obvious ideological bias.”

“But I understand them, they are nervous,” he claimed. “The Brussels’ elites are nervous at the wave of patriotism that is growing across Europe, and that will restore dignity to these institutions.”

In its judgment on Wednesday, the CJEU held that “the sound financial management of the Union budget and the financial interests of the Union may be seriously compromised by breaches of the principles of the rule of law committed in a Member State,” and insisted that the European Union must be able to defend its values by effectively imposing financial sanctions on nations that do not agree with its direction of travel.

Hungarian Justice Minister Judit Varga slammed the judgment, calling it “politically motivated” and claiming it is “living proof that Brussels is abusing its power.” 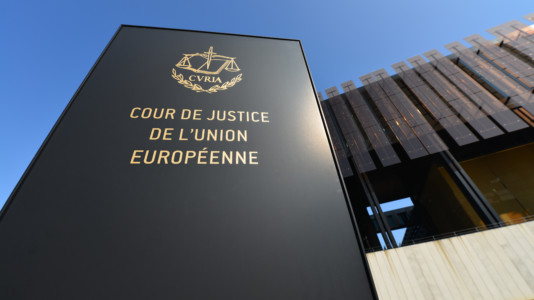