The Polish opposition forced the decision to introduce a state of emergency by supporting anarchists, writes Editor-in-Chief of ‘Sieci’ weekly Jacek Karnowski 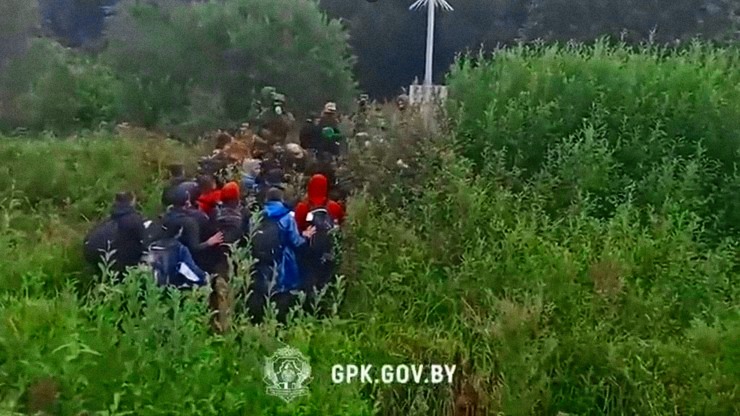 The opposition’s attacks concerning the state of emergency on the Polish-Belarusian border are a unique display of hypocrisy. The same people who encouraged actions meant to spread anarchy in the Polish state, who praised verbal attacks against the military and Polish Border Guard, who were happy with all sorts of radical incidents committed by MPs or George Soros’s cronies, now shed crocodile tears over introducing necessary border restrictions over a tiny part of our territory.

They are attacking a decision which the Polish state cannot avoid if it really wants to be treated seriously. They are attacking the government for undertaking essentially minimalistic measures that are limited in area as much as possible. After all, this concerns only a 3-kilometer belt at the border.

In actuality, the opposition is attacking a decision which it itself had forced by supporting all sorts of anarchists, and now they are acting like a child which fails to see the consequences of its actions.

This cannot be repeated enough: what is at stake in the current border confrontation is not about permitting 20 or 30 people into our country.

The stakes are the breaking of the Polish border. If this happens, then a mass-scale migrant transfer channel will be activated. Lukashenko will be able to bring in tens of thousands of migrants from poorer regions of Asia, and punish Poland and Europe. That power will enable him to exert enormous pressure on the EU by increasing or decreasing the influx of migrants as he sees fit.

Lukashenko wants to be in Turkish President Erdoğan’s position, who is blackmailing the EU in this manner from the south.

Who fails to understand this understands nothing.

Despite appearances, Lukashenko is not acting ethically. His push to create a new migration route is designed to bring great profits to the project’s organizers and great suffering to those who will undertake the journey.

Yet, another stake in this confrontation is the Polish state’s ability to overcome not only this crisis but others which are still hard to foresee today. If we did not persevere psychologically during this trial, then even more difficult and more painful ones will appear in the future.

n this Thursday, Aug. 19, 2021 file photo, migrants are seated, after crossing the border from Belarus into Poland in the village of Usnarz Gorny, Poland. (AP Photo/Mateusz Wodziński, File)