Tusk got Russia so wrong that he should never govern Poland 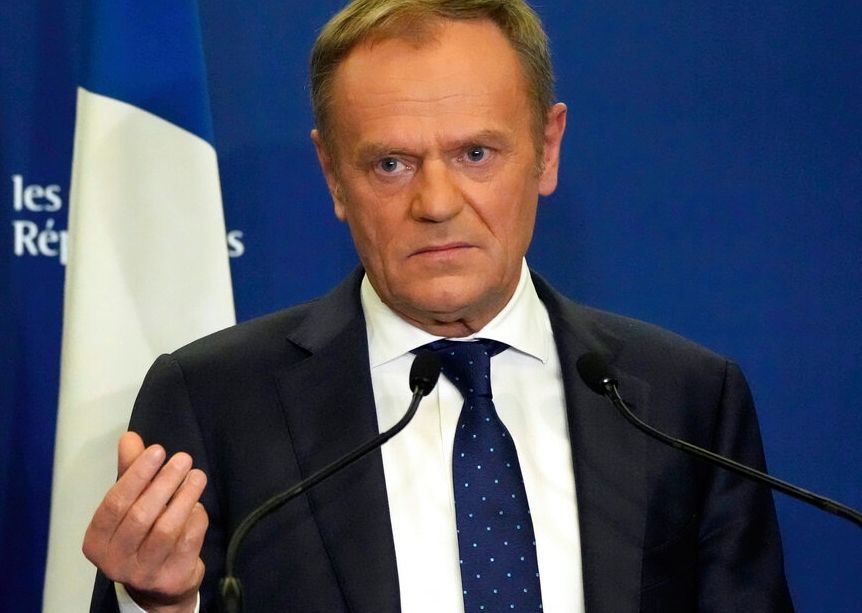 President of the European People's Party Donald Tusk gives a press conference at the end of a EPP meeting, a group of conservative European leaders which gathers ahead of a European Union summit in Versailles, Thursday, March 10, 2022 in Paris. (AP Photo/Francois Mori)

The Holy Week. Poland is preparing for Easter. It is a special time, because on our eastern border a cruel war rages on reminding us just how fragile our security is and how dangerous Russia remains.

After all, threats to peace in our part of the world do not appear out of thin air, they do not result from mutual relationships. No, they rise from the Russian imperialism, now and again disguising itself as many different things.

Our relationship with Russia is not, never was, nor will be just one of many areas of our political thinking. No, it is the central, essential area that determines all others. That is why the people aspiring to ruling our country cannot be mistaken about the nature or the intentions of Russia.

They cannot, as too much is at stake.

If someone makes a bad diagnosis of the situation in the East, he cannot rule Poland, alone for the reason of bringing enormous danger upon his fatherland. It is a part of our national “occupational health and safety.”

Politicians from the Civic Platform (PO), Donald Tusk and Radosław Sikorski in particular, got Russia fundamentally wrong. They could not get it more wrong. They did not see what the late Lech Kaczyński had seen and warned the world about; that an ambition of reconstruction of the Evil Empire arises on the Kremlin, maybe in an even more powerful shape than before, making a use of the most modern tools of manipulation.

They did not see that Georgia, Smolensk, the killings and repressions, the “gas pistol” — those are not separate cases, but a cohesive, consistent scenario.

They should have seen it, but no, they did not listen. They chose plunging into a short-sighted policy of “conciliation” and “reset,” even after April 10, 2010.

For short-term gains, for the praises from Berlin and for internal political advantages. Maybe also, due to a lack of courage.

Today we know that they made a terrible mistake, potentially a very, very costly, permanently disqualifying one. A mistake so grave, that it excludes them from those that can be given the right to rule over Poland.