According to the Polish authorities, the Tuesday attack against the Polish-Belarusian border was most likely organized by Belarusian services 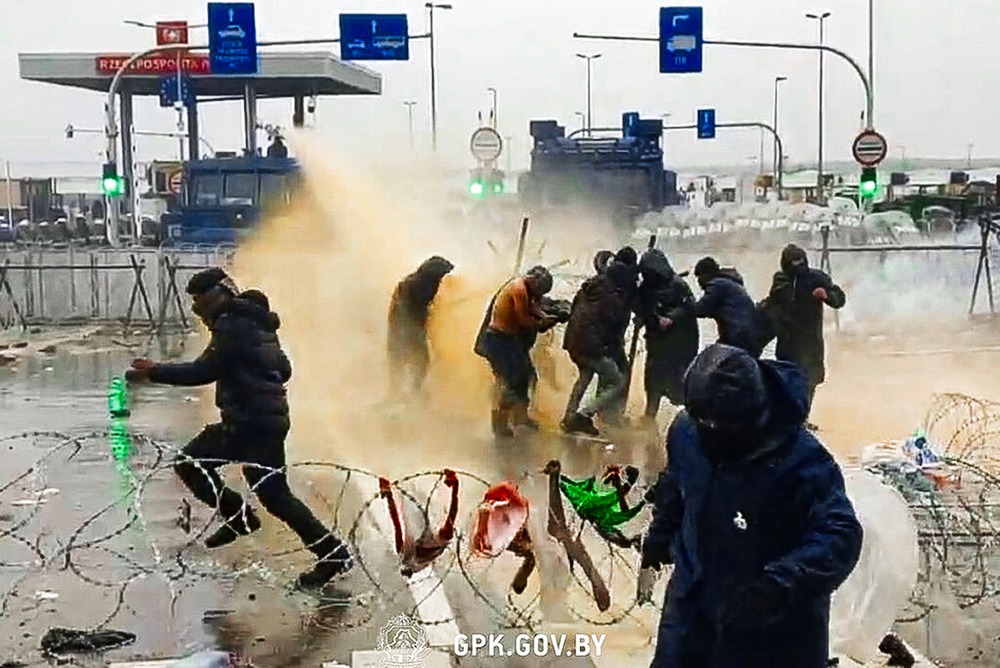 Another serious attempt to breach Poland’s border with Belarus took place on Tuesday, however, Polish authorities were able to successfully repel the violent attack carried out by migrants on the Belarusian side.

“The migrants stranded near the border crossing in Kuźnica/Bruzgi on the Belarusian side have been attacking Polish services. Water cannons were used against the aggressive foreigners,” the Polish Border Guard reported on Twitter.

The Ministry of National Defense reported that the migrants were equipped with stun grenades by Belarusian services and threw them at Polish soldiers and police officers.

According to information and interviews conducted by portal wPolityce.pl, the attack on the border was most likely organized and conducted by Belarusian officers. Polish police officers were able to confirm the presence of their Belarusian counterparts during the attack, who were reportedly equipped with stun and tear grenades and special slings.

One Polish police officer was seriously wounded during the assault and was transported to the hospital, reportedly with a head injury. Other officers have been reported injuries such as contusions and wounds on their legs and arms.

As can be seen in recordings shared by an independent Belarusian journalist Franak Viacorka, Belarusian authorities have been using children in the assault on the border by encouraging them to throw rocks at the Polish officers.

Belgian historian and professor David Engles, who also resides in Poland, emphasized on Twitter that the migrants were trying to extort the West’s charity by force.

Due to migration pressure, a state of emergency has been introduced since September 2 in the border pass with Belarus which affects 183 towns in the Podlaskie and Lubelskie regions. It was initially introduced for a duration of 30 days and later extended by another 60 days.

By mid-2022 a steel border fence crested with barbed wire and enhanced with electronic equipment will be erected in the Podlaskie region section of the Polish-Belarusian border. The barrier will be 180-kilometers long and 5.5 meters tall. Motion sensors and both day and night cameras will be installed on the fence. The lubelskie region does not require a fence as the river Bug is a natural barrier.