Hungary has one of the best vaccination rates in the world 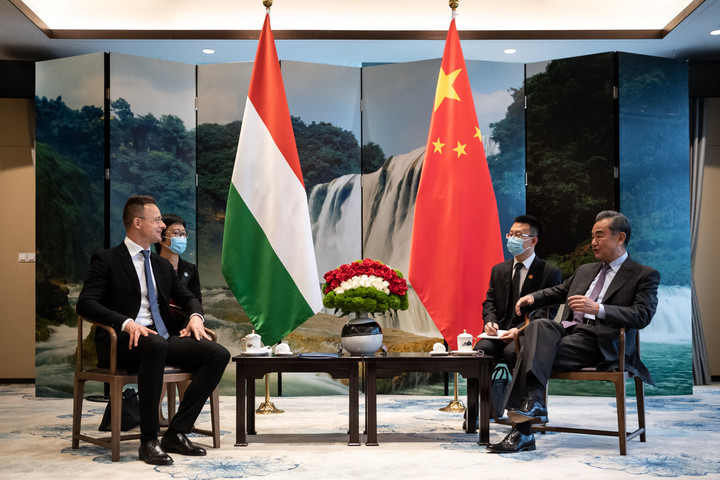 Hungary and China reached an agreement that the National Vaccine Factory currently under construction in Hungary will also be  able to make Chinese vaccines against the coronavirus, which will be a great strategic advantage for the country, Minister of Foreign Affairs and Trade Péter Szijjártó announced in China on Monday.

As Remix News reported earlier, Hungary announced last month that it will shortly begin building its own vaccine plant in the eastern Hungarian town of Debrecen.

Szijjártó said the meeting with his Chinese counterpart was the 12th one in the last seven years, which shows how much importance the two countries attach to the continuous development of their cooperation.

“Hungary and the People’s Republic of China have been strategic partners for each other since 2017, if anyone has had any doubts so far, they have been able to see in recent months how much Hungary has benefited from this strategic cooperation (…) Its success can now be measured in saved lives,” Szijjártó said.

“Vaccines are not an ideological or geopolitical issue, but a tool to save lives. Had it not been a matter of human lives at stake, we could now simply and loudly laugh at those who spewed all sorts of nonsense and nonsense about the Chinese vaccine,” he said.

Szijjártó pointed out that if the government had not bought the vaccine from Sinopharm, “there would have been one million less vaccinated (people) now, we would not have been at the head of the European Union in terms of vaccination, and we could not have taken significant steps back to normal.”

He added that cooperation in the field of vaccines will continue, and that Sinopharm’s entire production technology will be adapted in Hungary, which is an important advantage, as there will be a constant demand for vaccines in the world.

Szijjártó emphasized that in addition to health, the success of the economic response is also important, and the two countries are facing significant economic success stories. He mentioned, among other things, that two large Chinese banks will soon appear in Hungary, several Hungarian companies have achieved serious success in the Asian country, and several large Hungarian investments are currently being negotiated, for example in the production of electric cars.

Speaking about the relationship between the EU and China, he said the government supports initiatives to improve the relationship instead of “sanctions and hostility”. Instead, Hungary’s foreign minister said he believes cooperation based on mutual interests is needed.

Szijjártó expressed the view that preventing a comprehensive investment agreement is against European interests, the continent should already “wake up to a new reality in the world”, and if relations are not improved, the EU will lose a great deal. Finally, he added that China had allowed Hungary to establish a new consulate general in Guangzhou, Guangdong Province.

Chinese Foreign Minister Wang Yi praised the “exemplary” Sino-Hungarian relations and expressed hope that they could be further deepened in many areas in the future. He also underlined that “in a time of growing global challenges, China and the EU are strategic partners, our goal is not to forget this, but to maintain our cooperation”.