March of Unity in Minsk draws over 100,000 demonstrators 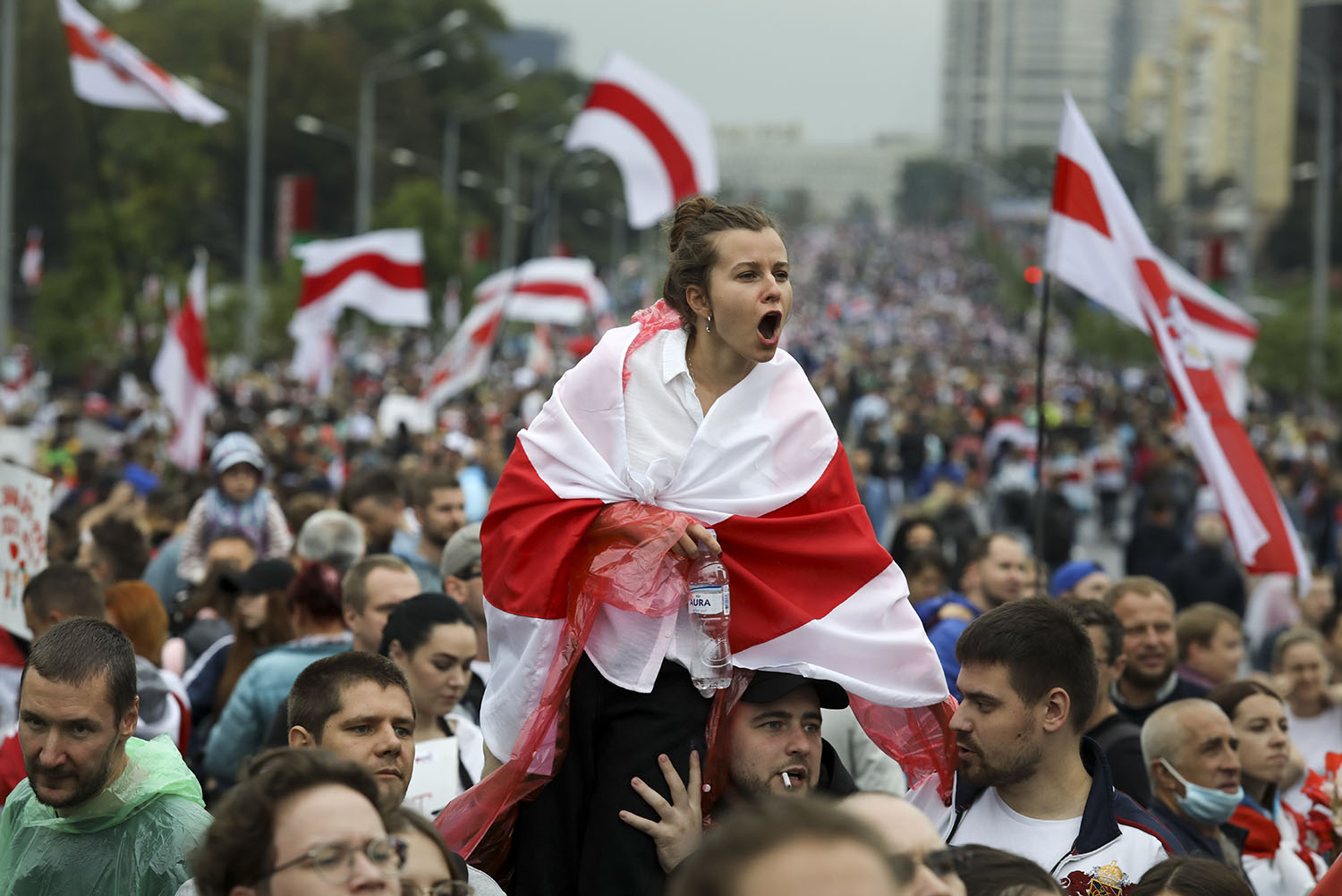 The protests started a month ago after a disputed election on August 9 gave President Alexander Lukashenko another term in office.

The presidential palace in Minsk was heavily secured during the Sunday march, protection that included armored military vehicles.

In one of the videos, one can see how the number of protesters rapidly increased:

“Minsk. People’s mobilization is still very high. A month has passed since the elections, yet Lukashenko still cannot control the country.”

The march was peaceful, and the overall atmosphere was very calm, even celebratory. Several white-red-white flags could be seen during the event — the colors used by the Belarusian opposition. Despite the rain, people showed up in masses.

Protests were also held in several other Belarusian cities:

Large protest groups march through the city – not only in Minsk. Pictures & videos on Telegram show large demonstrations i.a. in Brest (video), Gomel, Grodno, Mogilev & Vitebsk. Thus, the protests in #Belarus have not abated even 4 weeks after the rigged elections on 9 August. pic.twitter.com/p0ydorTZY7

The Belarusian militia tried to prevent the march by blocking roads and carrying out arrests. The Belarusian Human Rights Defense Center said that 88 people were detained in Minsk.

There were also internet disruptions in Minsk, as data transfer was significantly slowed down.

One of the internet providers confirmed that these disruptions were conducted at the behest of the government.