While Marine Le Pen is currently the only political leader in a position to bring some real change in France, she is not a real conservative and her chances in next year’s presidential elections look more slim than ever. 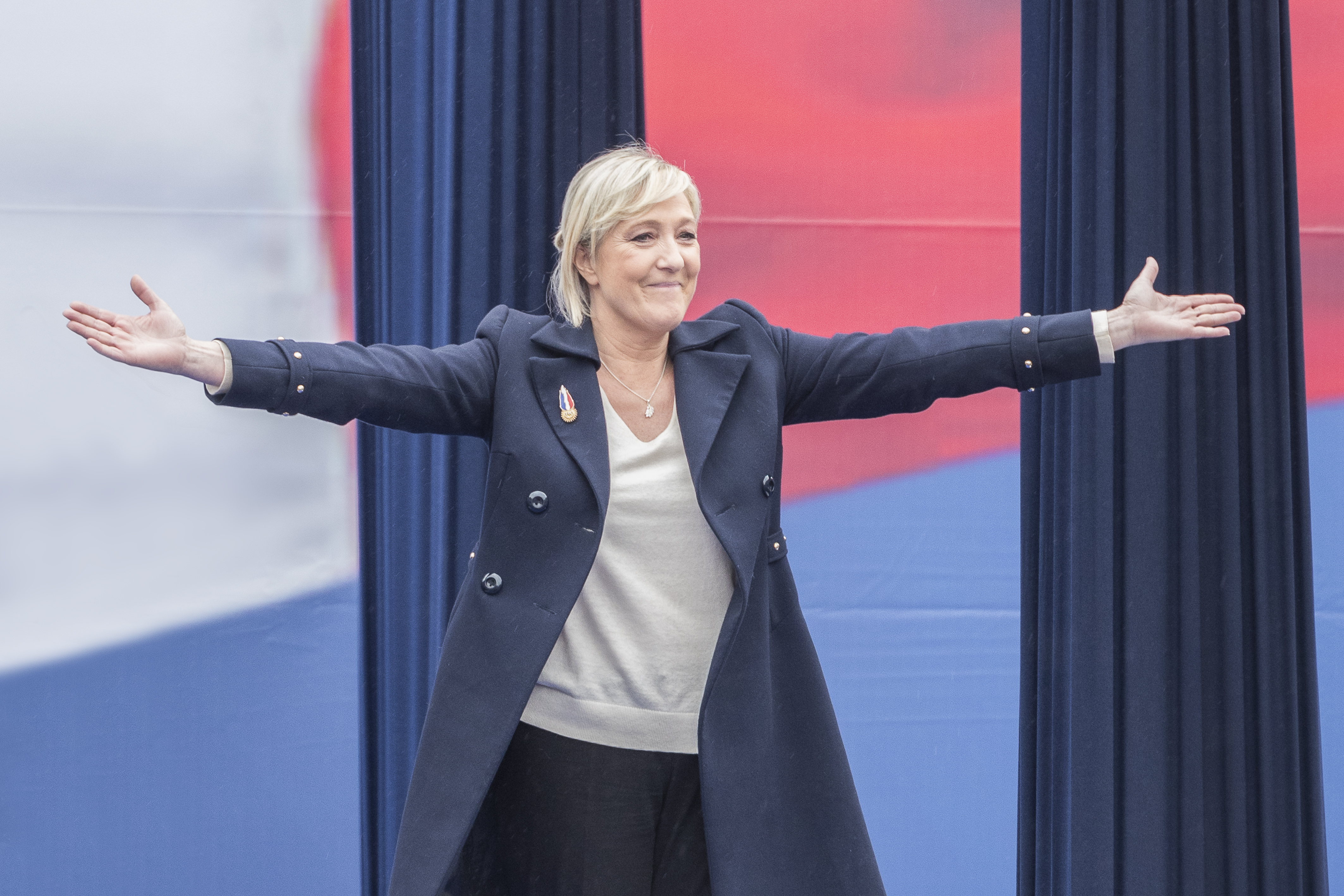 After the polls at the beginning of the year showed Marine Le Pen neck and neck with Emmanuel Macron in the second round of the 2022 presidential elections, the regional and departmental elections in June were a real cold shower for the National Rally. The results were well below those forecast by opinion polls and in sharp decline compared to the 2015 elections. And, they confirm the the risk of demobilization of the traditional electorate of the National Front, which is linked to the strategy of “de-demonization” adopted by the chairwoman of the party, itself renamed from National Front (FN) to National Rally (RN) in 2018.

In last June’s elections, which were marked by a very high abstention rate (two-thirds, a level never reached before), the majority of the RN’s usual voters chose to stay at home, and Marine Le Pen’s party, which was hoping it would soon govern for the first time in its history in at least one region, failed to achieve that goal. As a result, the leader of the French patriotic right party is no longer entirely sure she will be in the second round of the next presidential election. Even if she qualifies, a victory now seems totally out of reach, even though Macron’s party LREM fared even worse than the RN in June’s elections.

In these conditions, many French conservatives have reproached Marine Le Pen for being the best bulwark of the left against a victory of the conservative, anti-mass immigration, sovereignty-oriented right. At the same time, Marine Le Pen is accused of purging the party of its leaders – who are too conservative, too Catholic, or too focused on identity politics – in order to present herself as the leader of a party which is neither of the right nor of the left, a point she likes to emphasize. Le Pen prefers to talk of the political scene as being divided between patriots and globalists. According to the French conservative weekly Valeurs Actuelle, a new purge is now going on after last year’s, which saw Nicolas Bay, a member of the RN’s executive committee, ousted from the committee in charge of nominating the RN’s candidates for elections, including for the upcoming regional and departmental elections. Bay, a conservative Catholic MEP who is vice chair of the Identity & Democracy Group in the European Parliament, as well as a member of the Regional Council of Normandy, is the only RN executive committee member who is no longer in the committee in charge of nominating candidates.

Marine Le Pen’s overly polite discourse on immigration and Islam caused the media-friendly Frenchman of Egyptian Copt origin Jean Messiha to leave this year. On the issue of the anti-Covid health pass, while she and her party voted against it in the National Assembly, Marine Le Pen appears quite silent compared to her former adviser Florian Philippot, one of the main instigators of the increasingly massive anti-segregation demonstrations that now take place every Saturday throughout France. Philippot, whose party Les Patriotes had never been able to break through until now, could thus benefit from this fight, now partially abandoned by the National Rally.

Unlike journalist and essayist Éric Zemmour, whose 2022 presidential bid seems increasingly likely (perhaps after an alliance with Philippot?), Marine Le Pen was absent from the police demonstration on May 19. Policemen were demanding more severity against the attackers of law enforcement officers following several brutal attacks. Jean Messiha was also there. And, while she had criticized the decision to dissolve the Génération Identitaire movement, Marine Le Pen forbade members of the Rassemblement National from taking part in the demonstration against that dissolution in February, for fear that the mainstream media would use an RN presence to attack her and show how far right she truly is.

Like other RN MPs, she did not take part in the vote against the bioethics law at the end of June, even though this law introduces medically assisted procreation for lesbians and single women and strongly liberalizes research on human embryos, fulfilling the wishes of the most radical progressive left. At the same time, Marine Le Pen and her party have been very critical of this law, and their absenteeism in the National Assembly makes them less than credible when they scold voters who did not bother to go to the polls for the regional and departmental elections. Incidentally, in the 2017 presidential election, Marine Le Pen promised to repeal the law that introduced “gay marriage” in France, but the RN has since backed away from that promise. Same-sex marriage is no longer an issue for Le Pen’s party, and the same will probably happen soon with medically assisted procreation for lesbians.

After the RN’s rout in the regional elections, Jean-Marie Le Pen, the party’s historic leader and father of its current chairwoman, advised the party to “rediscover its virility”. While many of the diagnoses made by the National Front in the 1980s, particularly in the field of immigration and Islamisation, are now being confirmed in practice, Jean-Marie Le Pen is calling for a return to “the positions that made the National Front strong and gave it hope for growth.”

The abandonment by Marine Le Pen of the traditionally conservative positions of the National Front on the societal level, liberal on the economic level (whereas the RN has become more socialist under Marine Le Pen’s leadership) and sovereignty-oriented on the European level, as well as the decision to smooth over the politically incorrect discourse of the National Front, was indeed visibly not enough for the National Rally to win the votes of a significant number of center-right voters.

This party remains the object of a demonization campaign by almost all the French mainstream media and also by the center-right Les Républicains (LR) party, whose leaders (unlike the majority of grassroots activists) reject any idea of an alliance of the right along the lines of the Italian model (in Italy, Berlusconi’s, Salvini’s, and Meloni’s parties each have joint candidates in regional and municipal elections).

As long as such a situation persists, the French right – split between a center-right discredited by too many betrayals of its right-wing values and a patriotic right that has become unreadable – does not seem able to seriously threaten Emmanuel Macron’s position.

Moreover, the centralized management of the RN and the apparent impossibility of conducting internal debates on the line adopted by the party leadership has driven away many elected officials. Between the regional and departmental elections of 2015 and 2021, the RN managed to see about a quarter of its elected officials abandon its ranks, and the 2021 elections have sealed this decline with nearly a third fewer regional councilors elected on its lists than in 2015.

In September 2019, a Convention of the Right had been organized by representatives of the right “outside the walls”, i.e., belonging neither to the Republicans nor the National Rally. The highly popular Marion Maréchal, niece of Marine Le Pen, was there (though she refuses to run against her aunt and has for the moment retired from active politics), as well as Éric Zemmour and Jean-Frédéric Poisson, the leader of the small Christian Democrat party Via – La Voix du peuple.

As Jean-Frédéric Poisson told me when I interviewed him for the Polish weekly Do Rzeczy in December 2019, the aim was to draw up a common conservative program before choosing one truly conservative candidate for the 2022 presidential election. In July 2020, however, a few months following Marine Le Pen, Jean-Frédéric Poisson announced his own candidacy for the 2022 presidential election. If his past electoral results and the polls are to be believed, he is in no position to threaten Marine Le Pen from her right side.

The same cannot be said of Éric Zemmour who, if he runs, would probably compromise Marine Le Pen’s chances of qualifying for the second round. In that case, a candidate from Les Républicains  (it is not yet clear who that will be) could actually qualify and threaten Macron, but then, even if he or she wins against the incumbent president, it is likely that his/her tenure would not be much different from the current president’s.

As things stand, despite her slim chances, Marine Le Pen is the only candidate who seems able to win against the French establishment and to ensure some real change in France, without going as far as leaving the EU and NATO, as could be the case with Éric Zemmour, for example. The latter dreams of a great Eurasian alliance including Russia, while the evolution of Marine Le Pen and her party on these questions, which may also have caused her to lose part of her traditional electorate, has made it possible for the leader of the National Rally to sign a Declaration on the future of Europe alongside other European parties, including the Polish PiS and the Hungarian Fidesz.