On Monday morning, the first Czech military plane landed at the airport in Prague’s Kbely, bringing 46 Czechs and their co-workers with families from Afghanistan 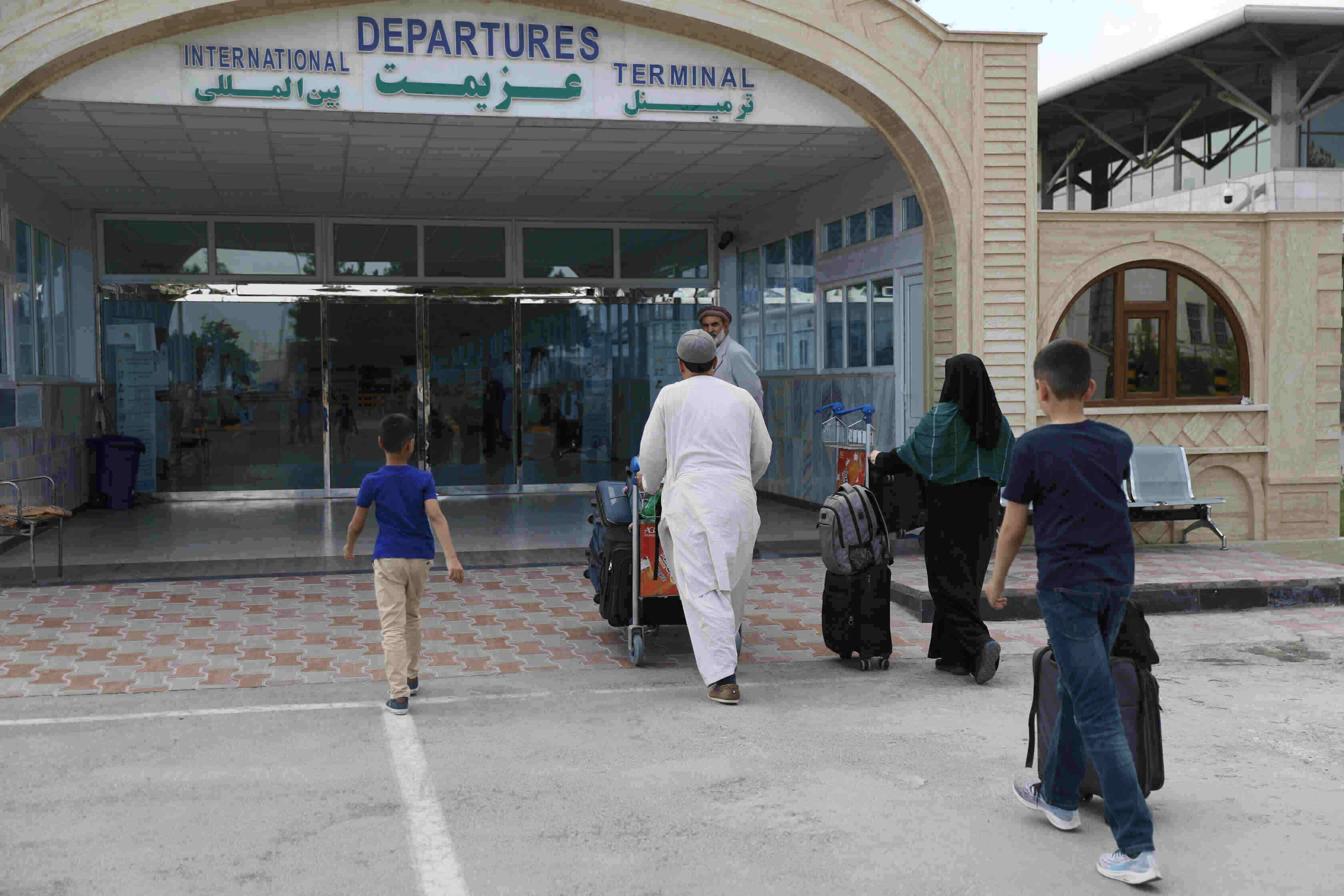 Passengers enter the departures terminal of Hamid Karzai International Airport, in Kabul, Afghanistan, Saturday, Aug. 14, 2021. As a Taliban offensive encircles the Afghan capital, there's increasingly only one way out for those fleeing the war, and only one way in for U.S. troops sent to protect American diplomats still on the ground: the airport. (AP Photo/Rahmat Gul)

On Monday morning, the first Czech military plane landed at the airport in Prague’s Kbely, bringing 46 Czechs and their co-workers with families from Afghanistan. The rescue operation will continue after Afghanistan came under control of a new Taliban Islamic emirate after Kabul fell to the fighters on Sunday.

In addition to Czech diplomats, the Czech Republic evacuating local staff working at the Kabul embassy, including their families. For foreign workers in the country, there are fears they could become hostages of the Taliban or face executions.

Information regarding the transport of the diplomats to Czechia was shared during a press release following a Saturday evening meeting of the State Security Council by Prime Minister Andrej Babiš, Minister of Foreign Affairs Jakub Kulhánek, and Minister of Defense Lubomír Metnar.

The State Security Council presidency discussed the development of the situation in Afghanistan and the evacuation of the Czech embassy in Kabul.

“We also decided to evacuate employees of the Czech embassy from the ranks of local forces and Afghan interpreters,” said the government office.

“We are doing everything we can to ensure that our diplomats return home safely. As for helping the coworkers of the Czech army, we want to take care of them, we are working on it, and we have a plan for it,” said the Czech prime minister.

According to Babiš, the situation is rapidly deteriorating. He again criticized the withdrawal of allied troops from Afghanistan.

Diplomats were accompanied by military police to the airport, who are in charge of protecting the embassy. The KAMBA Military Police Unit is the last Czech military unit to remain in Afghanistan.

“We will also take care of local forces at our embassy, as all European countries do. These people have served the Czech Republic, and we have full responsibility for them, “said the Foreign Minister Kulhánek.

“The women and young children of our co-workers face death and torture. We just can’t allow this,“ he added.

“I appreciate the work of interpreters. We will take care of the interpreters and their families. And we will relocate those who have expressed interest in coming to the Czech Republic,“ stated Defense Minister Lubomír Metnar.

In recent days, the government has been criticized for slowly helping Czech Army collaborators in Afghanistan. Saturday’s announcement was thus welcomed by some opposition leaders.

“This is the right and only possible decision if we want to be seen in the world as a reliable ally. However, the government should realize that literally every minute matters, ”said Markéta Pekarová Adamová, Chairwoman of TOP 09, to help local forces working at the Czech Embassy.

A wave of Afghan immigration is expected to hit Western nations over the coming weeks, which is expected to raise new challenges for European and North American countries already struggling with integration problems.

Former Minister of Foreign Affairs Tomáš Petříček was critical of the government’s action. He noted that the government approved the aid in late July.

“Since then, only the Taliban have advanced rapidly. Helping people in need lags behind. Unfortunately, in this way, we send a signal to current or future co-workers of how valuable their work is for us, ”he wrote on Twitter.

Title image: Passengers enter the departures terminal of Hamid Karzai International Airport, in Kabul, Afghanistan, Saturday, Aug. 14, 2021. As a Taliban offensive encircles the Afghan capital, there’s increasingly only one way out for those fleeing the war, and only one way in for U.S. troops sent to protect American diplomats still on the ground: the airport. (AP Photo/Rahmat Gul)