We should not allow ourselves to be stupefied by Berlin and Paris’ diplomatic favors and capabilities, writes Stanisław Janecki 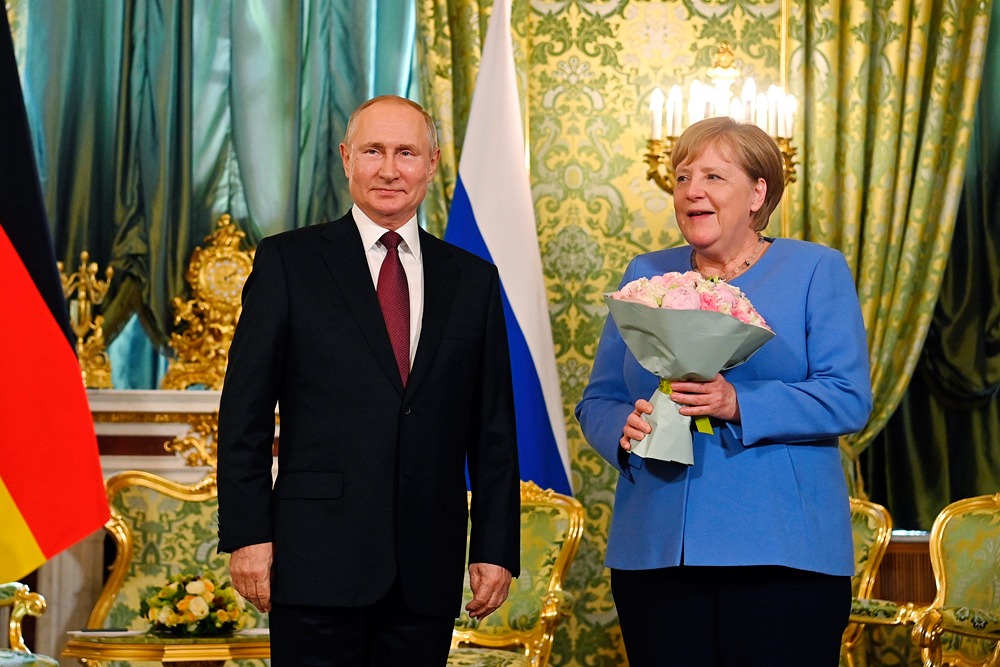 This theater has been going on for several years at this point and has always ended in some sort of little diplomatic monster. Those who were supposed to receive aid, like Georgia and Ukraine, usually end up losing out.

Meanwhile Russia, who is the aggressor, is dragged into fixing what it itself had destroyed.

We are dealing with one stage of this issue involving Angela Merkel who is basically legitimizing the presidential usurper Alexander Lukashenko by holding talks with him. There is also another stage with Emmanuel Macron, who has been presenting Vladimir Putin as a dove of peace. There is no point to any of this, but Germany and France once again have to show who is in charge and do everything on their own, while others will have to pay the price.

Given the experiences of at least the last 13 years, one can be certain that if Merkel and a French president are trying to fix something that Putin has messed up, then nothing good will come of it for anyone other than the Russian president. Now, his servant Alexander Lukashenko has joined the mix, and he has been leveraged by Merkel, but this too accommodates Putin.

One must be a complete political amoeba to believe that when Berlin and Paris start dealing with something, they are doing so not only in the name of the European Union but also to strengthen the EU and its institutions. The opposite is in fact true, as in this case, because the European Commission’s actions and its diplomatic services are being weakened. Those services would actually be much more efficient if they were not dominated by people who were terrified of Putin or who were diplomatic imbeciles.

Given the experiences of at least the last 13 years, one can be certain that if Merkel and a French president are trying to fix something that Putin has messed up, then nothing good will come of it for anyone other than the Russian president.

This is why Poland must display its own strength and determination because if it hands everything over to Berlin and Paris, then we will end up just as Georgia and Ukraine have.

Poland must respect its military and services, develop and expand them because in the end, they will decide the fate of a state. Any help from the outside will be welcome, and in the case of NATO it is strategically necessary, but we should not allow ourselves to be stupefied by Berlin and Paris’s diplomatic favors and capabilities.

So far, Poland has not made any crucial political or diplomatic mistakes because it is counting on itself, while of course being open to actual aid. At the same time, Poland has avoided humiliation and embarrassment which hadn’t been the case when Civic Platform PMs Donald Tusk and Ewa Kopacz were in power, along with their respective FMs Radosław Sikorski and Grzegorz Schetyna when Ukraine was being attacked by Russia in 2014-2015. Back then, they all had such good relations and influence that they could easily be kicked in the butt without any explanations.

Those people in particular should remember the old rule: “if you can count, count on yourself”. They should be respecting the current government because it is not committing the same mistakes they had, which are currently being shown as great successes. When those mistakes had been made, there were no fanfares around them but only people playing dumb and turning tails. So, there’s no reason for them to be so puffed up about anything right now.