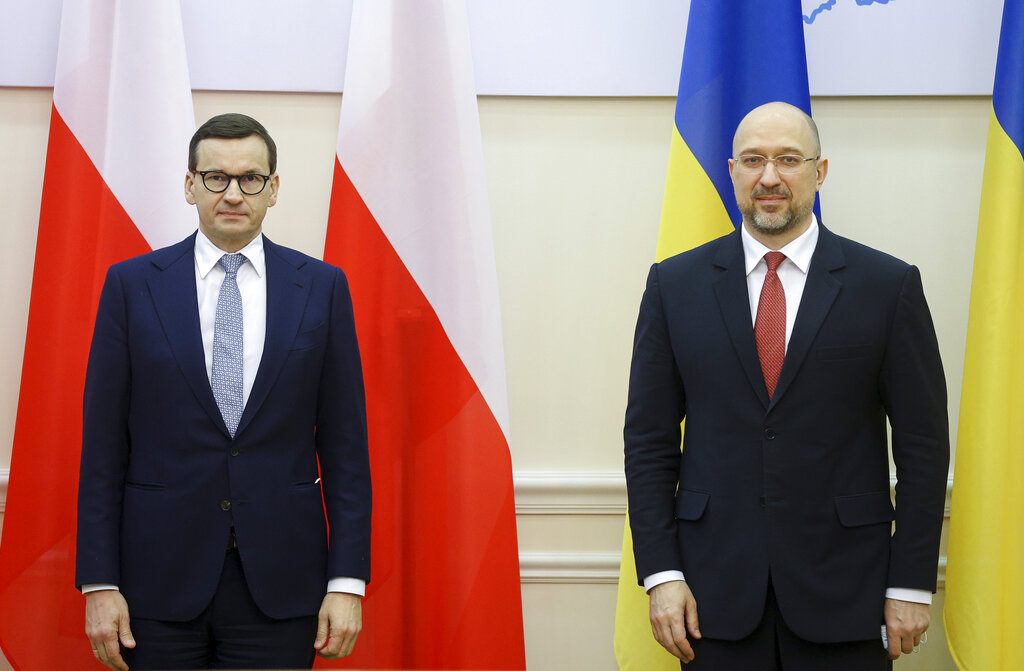 Over the last few months the foreign ministers of the United Kingdom, Poland and Ukraine have been developing new areas for cooperation including the crucial context of security, Poland’s Prime Minister Mateusz Morawiecki revealed during a press conference with his Ukrainian counterpart in Kiev on Tuesday.

“The United Kingdom is one of the pillars of NATO and it also had left the EU,” Morawiecki stated during a joint statement for the media at the headquarters of the Chancellery of the Prime Minister of Ukraine.

“For Poland, the U.K. is one of its main trade partners and a partner with which we work very closely with. I often speak with the British prime minister on different matters. In this context, our foreign ministers are working on a potential format which could tighten cooperation in many areas between Poland, Ukraine and the U.K.,” he added.

Discussions over a new trilateral alliance between the three nations had been rumored over the past week, and Ukraine’s Foreign Minister Dmytro Kuleba explained in a social media post on Tuesday that an announcement of the alliance had been scheduled to take place on Wednesday, but has now been postponed due to U.K. Foreign Secretary Liz Truss testing positive for coronavirus the day before she was due to head to Ukraine with U.K. Prime Minister Boris Johnson.

Morawiecki added that London was aware of “the long reach that Moscow had” and gave the example of the attempt to assassinate of former Russian agent Sergey Skripal in the English city of Salisbury in 2018.

Ukrainian Prime Minister Denys Shmyhal expressed hopes that the new format will be officially activated fairly soon. “In context of ongoing Russian aggression, we should sign a trilateral document on cooperation for strengthening regional security,” he said.

Commentators have emphasized the value the new alliance would bring to Ukraine’s security.

During his visit to Ukraine, Morawiecki also met with the country’s president, Volodymyr Zelenskiy.

The Polish prime minister announced the dispatchment of defensive weaponry for Ukraine. The supplies for Kiev from Poland consists of tens of thousands of rounds of ammunition, including artillery shells, “Grom” anti-aircraft missiles, light howitzers, and reconnaissance drones.