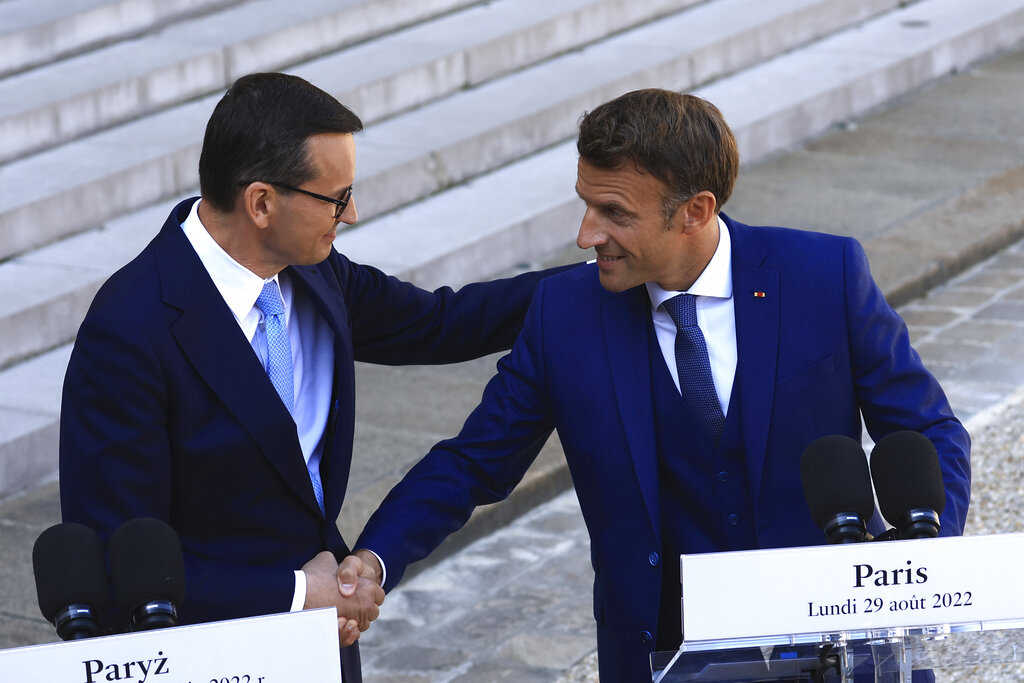 Polish Prime Minister Mateusz Morawiecki met French President Emmanuel Macron in Paris on Monday with Poland’s head of government pressing for more financial and military aid for Ukraine, and arguing for freezing the level of Emissions Trading System (ETS) certificates in the face of the ongoing energy crisis.

Speaking at a media briefing at the end of his visit in Paris, Morawiecki revealed that the two statesmen spent a large portion of their meeting discussing the situation in Ukraine.

“I spoke about what we are seeing from our perspective and asked the president for the most urgent supplies of weapons and for the strengthening of financial support for Ukraine” he told reporters.

Morawiecki noted that the European Council, the EU’s ruling body, in June agreed to €9 billion worth of aid for Ukraine, but that the Ukrainians were still waiting for the funds to actually materialize. Morawiecki and Macron also discussed measures to ensure that Ukraine receives more weapons, logistics and humanitarian support. The French president once again thanked Poland for its actions in helping Ukrainian refugees.

The meeting also covered European economic issues. Morawiecki said that he proposed to both Macron and the European Commission President Ursula von der Leyen an overhaul of the ETS for combating emissions.

Morawiecki argued that the current system is making energy even more expensive.

“We should take advantage of the fact that the ETS system is in our hands, and therefore we could reduce the price of the certificates, say to the level of €30,” proposed the head of the Polish government. Currently, the price of the market regulated certificate is at €80-90.

Macron and Morawiecki also discussed ways to reduce energy prices through actions with the EU and cooperation between Poland and France over Poland’s nuclear energy program, and the planned construction of the CPK central airport and transport hub in Poland.