As Ukraine defends itself bravely against Russian aggression, the confrontation between Moscow and Kyiv is not only a military one but also one based on history, culture and religion, as Pope John Paul II understood when he visited Kyiv in 2001, writes Grzetorz Górny in portal wPolityce.pl 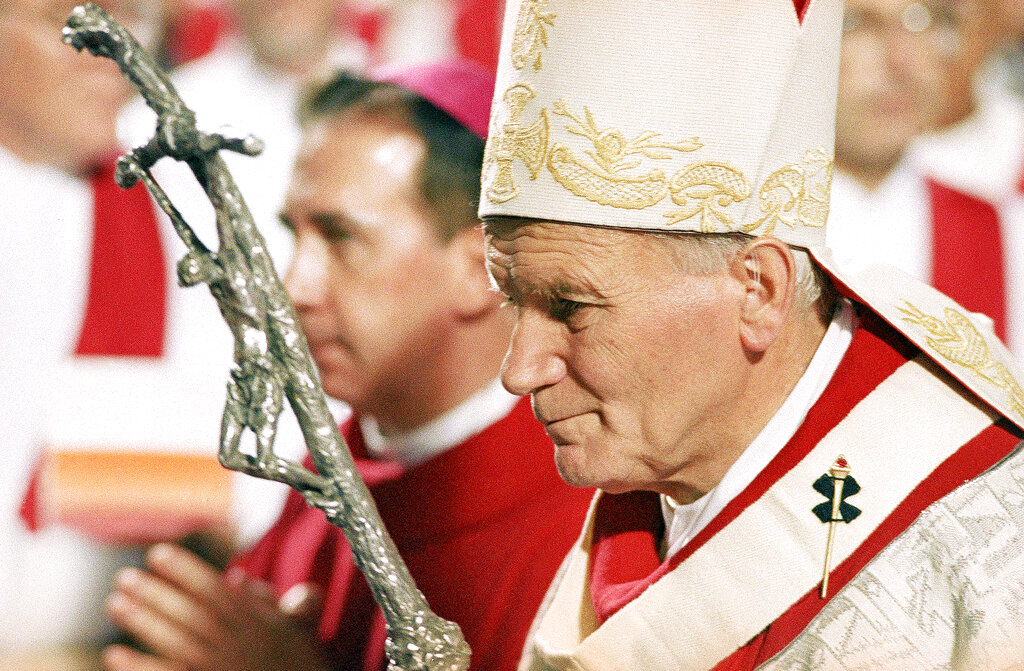 Pope John Paul II visited Ukraine in 2001 when Leonid Kuchma, the man who tried to balance between Moscow and the West, was still in power and the Ukrainian people were still prey to a post-colonial syndrome with an inferiority complex towards their Russian neighbors.

This is why, when the Polish pope visited Ukraine, he did so with a message that Kyiv is not the younger sister of Moscow but vice-versa. He spoke in Ukrainian, a language which had for long been deprecated and marginalized.

John Paul II reaffirmed Ukrainian national identity and culture as being at the center of Christendom.

The then Pope reminded many that Russia’s baptism came within the Grand Duchy of Kyiv in 988 at a time when Moscow did not exist. He compared Kyiv to Jerusalem and the river Dnipr to the river Jordan.

He called Kyiv the “mother of Slavonic Christianity in Eastern Europe.”

At the time commentators believed that the Pope’s words would be an impulse towards Ukrainian self-identity, linking it clearly with that of Christianity and that it was a rejection of the Russian imperialist tradition of Moscow rather than Kyiv being the heart of the Orthodox Christian Church. It was Kyiv and not Moscow who was the leading partner of the Catholic Church in the dialog between Catholics and the Orthodox church.

The Pope’s message struck a chord with Ukrainians at the beginning of the 21st century. Russian orthodox hierarchy tried to counter that influence but failed to exorcise the Holy Ghost from Ukraine. Patriarch Alexy II (who was a KGB agent with the pseudonym Drozdov) and links between the Russian state and the Russian Orthodox church have only grown stronger under the Putin regime, with that church actually backing Putin in his war with Ukraine.