Over 54,000 illegal migrants have embarked to Europe this year by sea 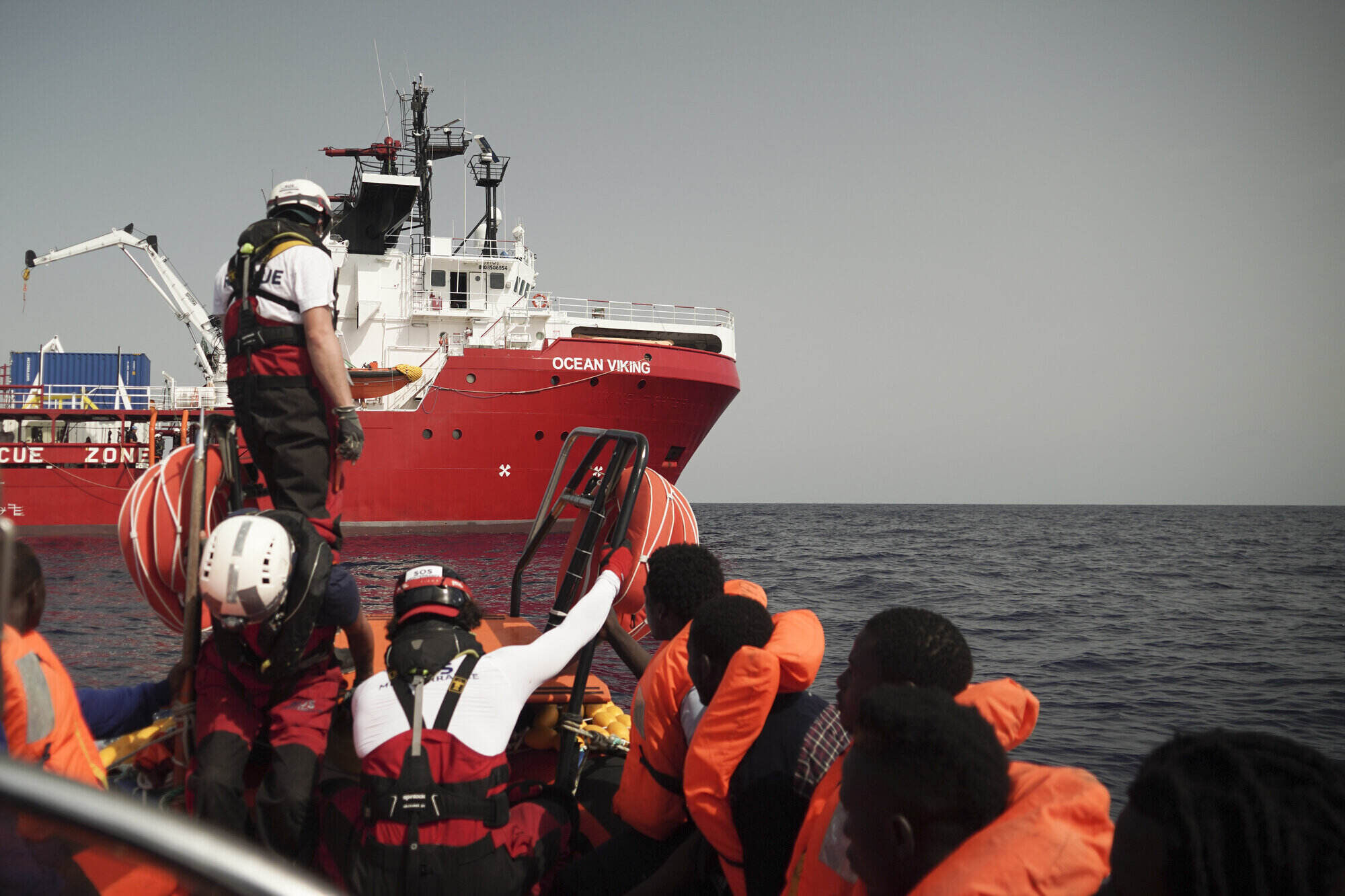 A rescue boat full of migrants heads back to the Ocean Viking after a rescue operation in the Mediterranean Sea, Tuesday, Sept. 17, 2019. (AP Photo/Renata Brito)

The ship of the German Sea-Eye non-profit organization docked in the Sicilian port of Trapani on Sunday with more than 800 rescued migrants on board after receiving permission from the Italian authorities.

The Sea-Eye 4 had been waiting at sea for several days, the AP agency reported. The migrants come from West Africa, Egypt and Morocco, said Giovanna di Benedett of the Italian organization Save the Children.

Most adults will have to transfer to other ships for quarantine reasons. Approximately 160 minors, including infants and other children under the age of four, should be transported to shelters on the mainland.

There are about 50 women on board, four of them in advanced stages of pregnancy, the ANSA news agency reported.

About half of the migrants were rescued by the crew from a sinking wooden boat on Thursday night. The rest of the migrants ended up on board during other rescue operations.

Sea-Eye officials also complained that Malta did not respond to the emergency signal sent by the wooden boat, which, at the time, was in Malta’s search and rescue area.

The Ocean Viking, operated by the SOS Méditerranée humanitarian organization, is also waiting for an open ports to dock at near the Italian island of Lampedusa. The ship currently has 308 migrants on board.

The number of migrants embarking on the dangerous voyage across the central Mediterranean to Europe this year has risen to more than 54,000.