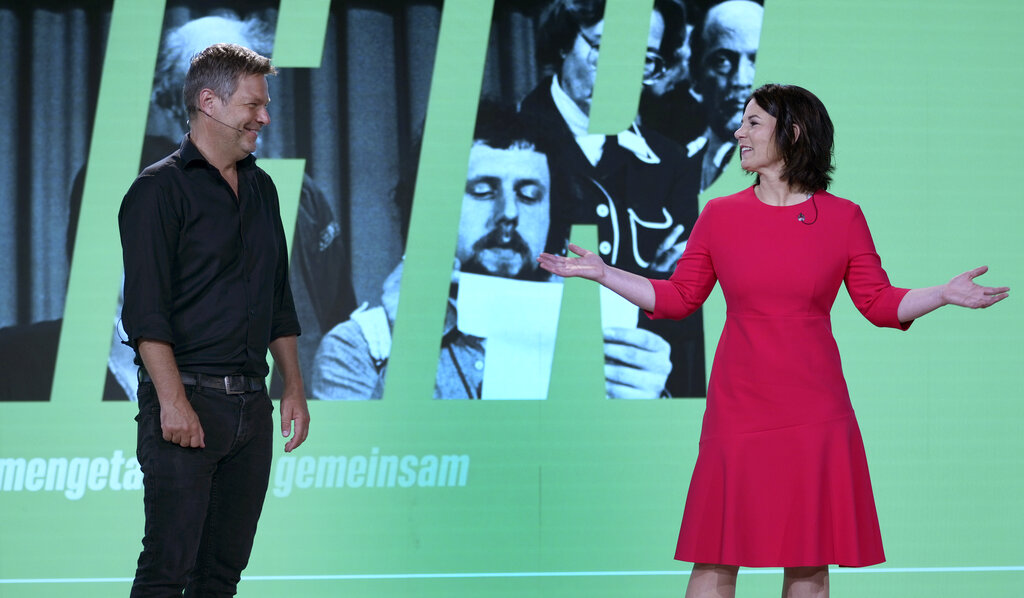 Although 98.6 percent of delegates voted in favor of the German Greens’ election program at Sunday’s three-day digital party congress, co-chair and chancellor candidate Annalena Baerbock has seen a troubling slip in popularity recently.

Baerbock has lost more than a third of her supporters in a single month. According to the latest survey in a series of research called the Politbarometer, 28 percent of German voters consider her suitable for the post of chancellor, a deep dive from the 43 percent she had in early May.

The opposition party is currently campaigning for socio-ecological transformation, reducing the country’s CO2 emissions by 70 percent by 2030, and raising the price of a tonne of CO2 emissions to €60 by 2023.

In terms of foreign policy, the party is demanding that China put an end to “obvious human rights violations”. The Greens say a constructive dialogue with Beijing is needed where possible, but a clear counter-strategy is also needed if China is to weaken international standards. According to the adopted party program, Russia “is becoming an increasingly authoritarian state and is increasingly undermining democracy and stability in the EU”. It is therefore important for the party to support civil society.

In Baerbock’s speech, the party’s co-chair said the strength of German society was diversity, while racism and anti-Semitism were unacceptable. The politician apologized recently for inaccuracies in her official biography.

Perhaps the most resonant speech of the congress was delivered by guest speaker writer and journalist Carolin Emcke. Emcke drew parallels between climate researchers and persecuted Jews, saying that climate researchers are in danger of being labelled just as the Jews once were. Paul Ziemiak, the secretary general of the ruling Christian Democratic Union (CDU), criticized the Emcke’s speech on Twitter and called on Baerbock to clarify what she thought of what had been said.