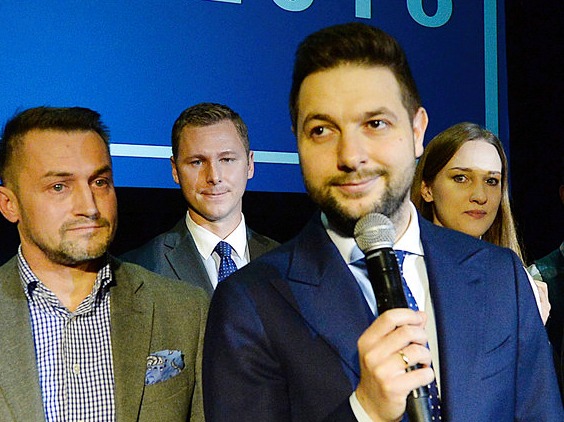 Russian agency RIA informed that Moscow and Washington have started talks concerning “security guarantees” requested by the Russian Federation, and there are fears that the U.S. may accept such a deal in order to draw Russia away from its alliance with China.

The Kremlin has demanded that the U.S. stop NATO’s eastward expansion. Russia also wants to ensure that no state that was previously a part of the USSR will ever be able to join the alliance. Any bilateral military cooperation with those states is also to be suspended.

“Poland is in a difficult geopolitical situation. The U.S. wants to draw Russia to its side against China. If this works out, Russia will demand some kind of payment. What will it be? We need to remind ourselves of history. Poland must arm up and build a coalition of states which will not accept another Yalta,” he said.

The Yalta conference saw much of Europe carved up between the great powers in preparation for the end of the Second World War. The allies recognized that the USSR had a sphere of influence over much of Eastern Europe, and essentially green lit the Soviets taking control of Poland.

A period of calm in geopolitics is ending.

Jaki emphasized that Poland must develop its army and military capabilities, a process already begun based on recent policy decisions made by Deputy Prime Minister Jarosław Kaczyńsk, due to the difficult geopolitical situation Poland is facing.

“This is a critical moment which consists of many factors. A period of calm in geopolitics is ending. Sooner or later, we will be facing a new reshuffling of powers and resources throughout the world. The great challenge of Polish elites is to ensure that Poland will come out stronger, not weaker, from this reshuffling,” he told Polish Radio 24.

Jaki pointed out that Putin’s current policy is reminiscent of that conducted by Leonid Brezhnev, and that what the U.S. is currently proposing “reeks of another Yalta.”

Jaki also explained the causes of the ongoing crisis of the world’s political order. He noted that while the U.S. conducted unproductive wars in Iraq and Afghanistan and wasted massive sums on them, China had been quietly gaining power, especially through its industry, its domestic economy, and through foreign expansion. Due to its efforts, China has begun to exceed the U.S. in these areas.

“Some believe that Trump had started the trade war against China too late. U.S. elites have decided to oppose China’s growing power: that they must concentrate on China in the Pacific. Due to this, they will have a smaller presence in Europe. And if U.S. presence will be smaller in Europe, then it will be a good opportunity to act for Putin,” stated the Polish MEP.