Reparations from Germany: The moment to be proud to be a Pole

Poland has been waiting for this day for a long time, to put reparations from Germany on the international agenda and begin negotiations, writes Marek Pyza 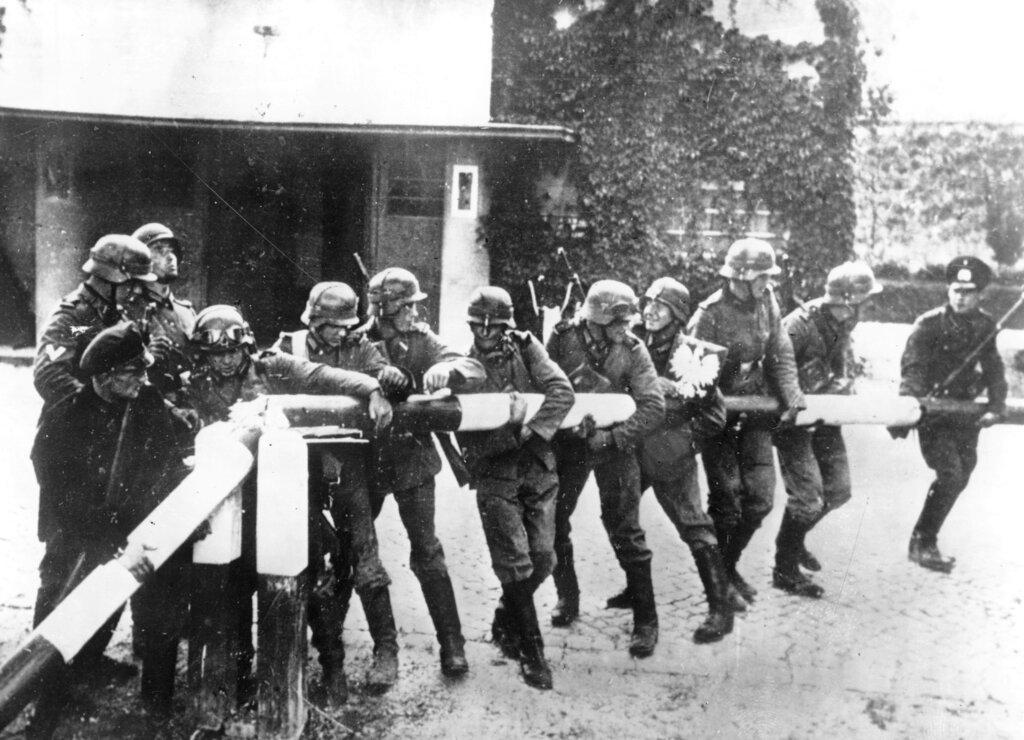 As Nazi Germany starts the invasion of its neighbor Poland in the early morning hours of September 1, 1939, these German soldiers tear down a barrier at the German-Polish border, near Gdynia. (AP Photo)

This is an important day in Polish and German history. Kaczyński is not demanding immediate payment but to open negotiations. Negotiations that are not just about law but historic responsibility in the court of public opinion.

It is obvious that Germany will do everything it can to avoid these negotiations, and they will get backing from some quarters in Poland, people who have forgotten about Polish interests and only think of their own selfish political ends.

Grzegorz Schetyna, former leader of the main opposition Civic Platform (PO), has said that a PO government will not take up the reparations claim as “the matter was closed in 1953.” With this statement he has contradicted the parliamentary resolution he himself supported in 2004, which called for the government to raise the matter of reparations and prepare a report on the damages suffered. At last, this has actually been done.

Moreover, Poland never officially closed the matter of reparations. No such document was ever filed with the United Nations.

There is also no reason to worry over whether Germany can afford to pay. Polish commercial TVN24 news channel reported in horror that the amount is worth two annual budgets of the country. But no one would demand immediate payment. It is obvious that the money would be paid over many decades. If the period was 50 years, Germany would end up paying less than 1 percent of its annual budget.

This is a day when one can be proud of my state, especially as a grandson of someone who defended Warsaw in 1939 and participated in the Warsaw Uprising of 1944. A moment for everyone for whom the white eagle is more important than the black eagle to be proud.