Scholz and Macron want supplicants not partners on Ukraine

Macron, Scholz, and Draghi did not take the Polish president or prime minister with them to Kyiv, not because Poland matters too little but because it has become too significant for the tastes of “old Europe,” argues Jacek Karnowski for portal wPolityce.pl 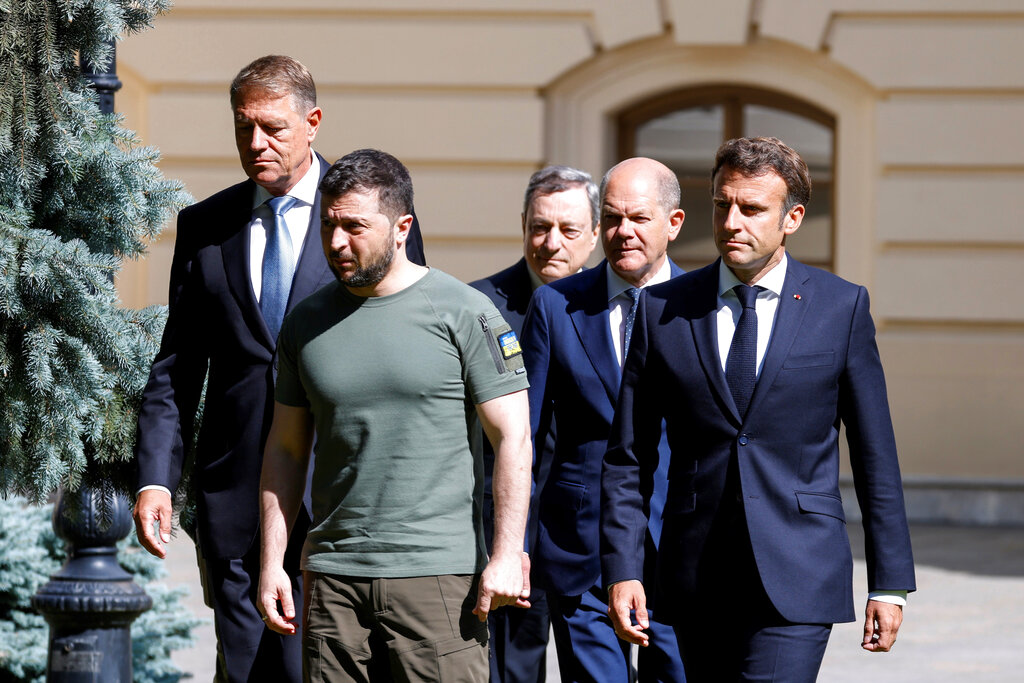 The Polish liberal opposition has been attacking the ruling party over the fact that neither Polish Prime Minister Mateusz Morawiecki nor President Andrzej Duda joined President Emmanuel Macron, Chancellor Olaf Scholz, and Italian PM Mario Draghi on last week’s visit to Kyiv. Instead the Romanian President Klaus Iohannis was invited to go with them.

The reason for this does not mean Poland is being sidelined; it means that it has become a player in the whole game. Unlike Romania, Poland has been politically active, not only showing military and humanitarian solidarity but also actively pursuing its own stance, independent of Paris and Berlin.

Macron, Scholz, and Draghi wanted Romania because the nation has not taken any initiatives regarding Ukraine that run counter to the interests of Western Europeans. Poland used to be taken on such missions when it played a role similar to Romania’s, but when it started to have a voice of its own, it stopped being patted on the back.

Former Foreign Minister Radosław Sikorski is totally wrong to claim Poland ever led such missions, just as Romania does not lead them today. Germany and France refuse to allow anyone else to lead them, hence why there was no room for Poland on the train to Kyiv.

From the start of this war, Poland has been playing a key role. Had Poland been governed by the vassals in Berlin, it might have been on that train — not in order to help Ukraine but to assist Germany and France in trying to get Ukraine to make concessions to Russia. Only a cynic could fail to see the difference in what has emerged between the Berlin-Paris-Rome axis and that of Washington-London-Warsaw-Kyiv.