The world without Angela Merkel will be worse, says former Czech President Klaus

One of the most prominent conservatives in Czechia points out that Merkel was reliable and prudent, and that it can always get worse 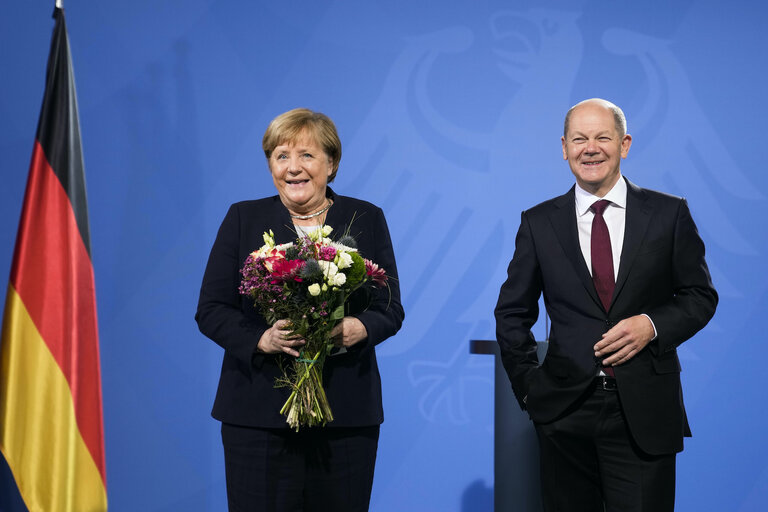 Former Czech President Vaclav Klaus said he appreciated the political career of the former German Chancellor Angela Merkel despite their mutual disagreements. He said that politics without her personality would be in a worse state.

“She was a reliable guarantee of order and predictable politics,” wrote Klaus about Merkel’s departure.

He concluded that “without Angela Merkel, it will get worse.”

Klaus, who has criticized Merkel’s stance on migration in the past, is also undoubtedly looking to Germany’s incoming left-wing government and a number of its radical proposals. While Merkel’s push for migrant quotas was nearly uniformly rejected by the Czech public and the country’s politicians, she also urged “dialogue” and compromise from Brussels when it came to differences with Central European countries, namely Poland and Hungary. Czechia, due to its close position with Hungary and Poland on key issues, may also fall afoul of Germany’s new government, which has already said it would push for a centralized federal Europe.

Despite the disagreements he had with the former chancellor, Klaus acknowledged that “she was the embodiment of the calm, prudent and restrained power that the complex European mechanism required.”

“In the tradition of her predecessor Helmut Kohl, she avoided radical steps and left problems to solve themselves,” he continued in remarks reported in Czech news outlet Echo24.

“In an extremely happy and relatively quiet period, she ruled on the pillow of wealth that is brought to Germany from all over Europe by the common currency, the euro,” Klaus added.

Klaus’ remarks come after Hungarian Prime Minister Viktor Orbán penned a farewell letter to Merkel, underlining their differences on the issue of migration.

“The migration crisis was a major test in itself. It became a Rubicon because it exposed the deep philosophical, political and emotional differences between us about the concept of nations, about freedom and about the role of Germany.

It revealed that for Hungarians and other Central Europeans, the homeland is essential. The nation is the origin, and without patriotism there can be no healthy emotional life. It turns out that Germans are on the other path of European civilization, towards a kind of post-Christian and post-national state.”

Despite Orbán’s criticisms, overall the letter served as an ode to Merkel and his belief that they “understood” each other despite their differences. Orbán also makes a nod to the conflict his government expects with the incoming government, writing, “The gloves are now off.”

Merkel was replaced on Wednesday by Chancellor Olaf Scholz, and she wished him success at a ceremony in the Chancellery.