Hungary’s migration policy should be respected by other countries, says foreign minister at UN

Hungary will not cede an inch of migration control, says the country’s foreign minister 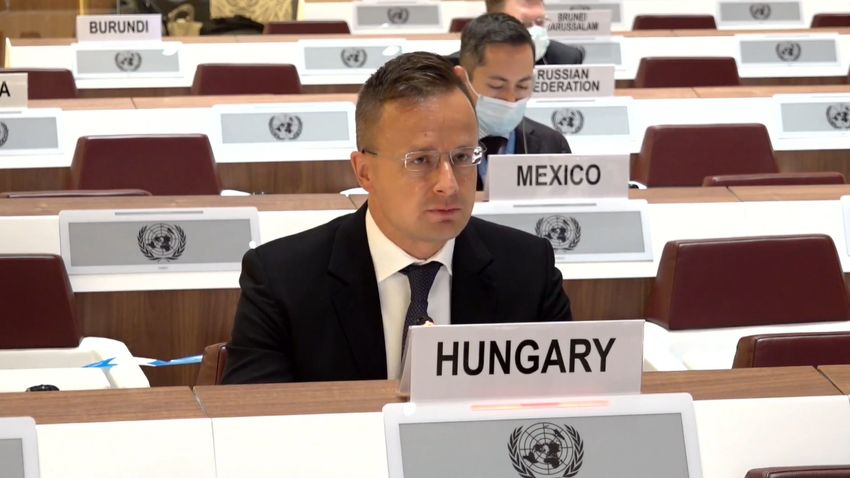 Migration and asylum policy must remain strictly a national competence, and the countries of the world must mutually respect the differing views on immigration, Hungarian Minister of Foreign Affairs and Trade Péter Szijjártó said at the UN High Commissioner for Refugees meeting in Geneva, Switzerland.

“Hungary does not want to give up any of its national competences regarding migration and asylum policy, but it seeks a constructive dialogue with international partners,” the foreign minister emphasized, according to a Hungarian news outlet MTI.

Szijjártó highlighted the need to prepare for new waves of immigration in the wake of the failed international intervention in Afghanistan, which pose not only security but also health risks during the coronavirus epidemic.

As he said, people in Europe remember well the crisis of 2015, when millions arrived on the continent, which included about 400,000 people who crossed the borders of Hungary illegally.

The foreign minister was referring to the failure of integration in pro-migration Western countries such as Germany, Sweden, Norway, France, and the United Kingdom.

Szijjártó also reported at the UN meeting that the position of the Hungarian government rests on two pillars: on the one hand, in full respect of international law, and on the other hand, the principle that aid should be taken where it is needed, instead of importing trouble.

“International law makes it clear that if someone is forced to flee, they have the right to stay temporarily in their first safe country. However, you have no right to choose your own destination when crossing peaceful, safe countries,” he underlined. “We do not give asylum to anyone who violates our borders from any direction.”

According to the minister, instead of encouraging people to leave their homes, staying in place should be encouraged, creating the right conditions in the country of origin or nearby. In this respect, he pointed out that Hungary had already helped roughly 250,000 Christians in the Middle East and Africa not to have to leave their place of residence. Houses, schools and churches were rebuilt for about $70 million as part of the Hungary Helps program.

Finally, he noted that Hungary respects the fact that some states support immigration and are willing to accept more migrants, but in return expects that others will not want to force their position on others.

“Migration and asylum policy must remain strictly a national competence, and the countries of the world must mutually respect the differing views on immigration, Szijjártó said.