Polish President Duda: Ukrainians are defending not only their own freedom, but that of all Europeans 

During his address to the nation, Andrzej Duda assured of Poland’s willingness to accept Ukrainian refugees and of the Polish army’s readiness to defend the country’s borders 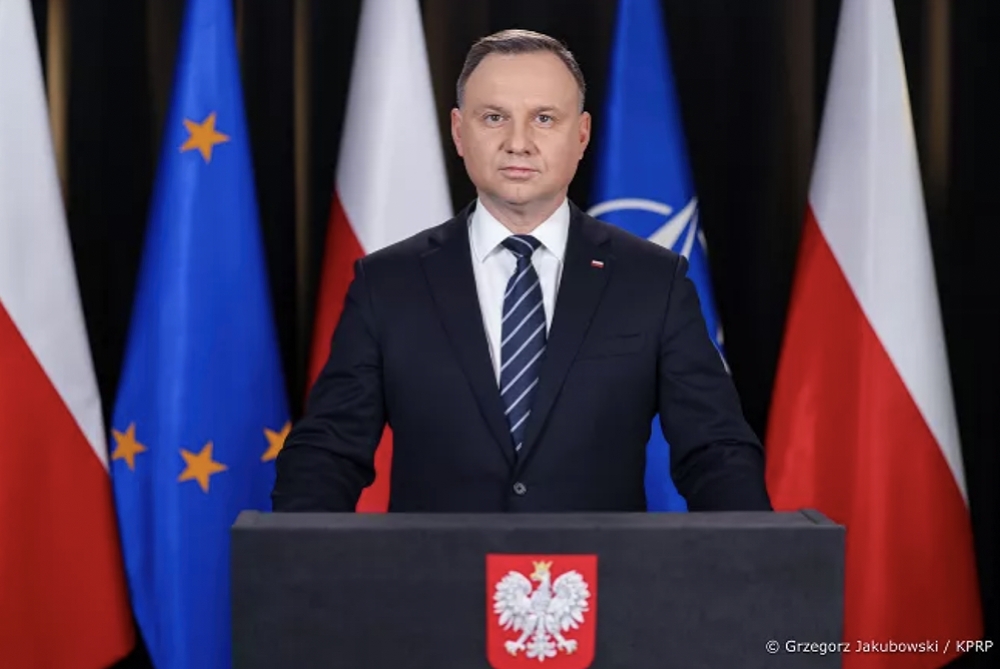 The European response to the Russian invasion of Ukraine will be the ultimate test for the Western world to prove how committed it remains to the values of democracy, freedom and the rule of law, Polish President Andrzej Duda said in an address to his nation on Thursday.

In the televised speech, Duda offered his thoughts and prayers to Ukrainians caught up in conflict, underlined that Poland would show solidarity with the country, and vowed that the latest act of Russian aggression would be a turning point for the West.

“Ukrainians are currently facing the most difficult test of all by risking their own lives. A test, whose stakes are the independence of their country. They are defending not only their own freedom, but that of us all — Europeans. They can count on Poland’s full support in this struggle,” he declared.

“Until today, many global leaders had deluded themselves that one could hold normal negotiations and make agreements with Russia and Vladimir Putin which would be respected. Poland had warned against such an approach several times,” he said, and reminded of President Lech Kaczyński’s words from his speech in Georgia in 2008, when Kaczyński had warned against Russian aggression.

In these coming days we will be answering the question: do the values which we share – freedom, democracy, rule of law, human rights and solidarity – actually mean something? Or are they merely beautiful slogans? For us, Poles, they are a foundation.

The president emphasized that the West must respond strongly to the invasion and impose severe sanctions which would affect all areas of the Russian aggressor’s operation.

Duda also announced that the Bucharest Nine summit will be held in Warsaw on Friday, along with an emergency NATO summit in Brussels. He declared Poland’s readiness to aid Ukrainian refugees who were fleeing the war, and also assured viewers that the Polish army was prepared to defend its borders.

“Today, as the Western world, we are facing a test of our credibility. The future of the free world will depend on the way in which we will respond together to the evil taking place before our eyes,” Duda stated.

“In these coming days we will be answering the question: do the values which we share — freedom, democracy, rule of law, human rights and solidarity — actually mean something? Or are they merely beautiful slogans? For us, Poles, they are a foundation.”